I bet you think type 2 diabetes is something that happens to other people. That’s what Al* thought until, at 62-years-old, he became blind. Unable to deny something was seriously wrong with his vision, he saw his optician who sent him straight to the GP for a blood glucose test. Sadly by the time his diabetes was confirmed nothing could be done to restore his sight.

Al wasn’t obese but carried more weight around his belly than he had in his 40s. His diet harked back to his Mediterranean roots, with a higher than average intake of vegetables augmenting his consumption of pasta, meat, rice and gelato. He kept busy running the family’s small manufacturing business. Blindness put an end to that. To say Al became depressed when forced to stop work is an understatement.

What I found equally sad and frustrating was that Al didn’t need to lose his sight. Nor did he need to literally risk life and limb either.  The most common form of diabetes (type 2/insulin resistance) is largely a consequence of lifestyle and for many men, who often avoid getting regular medical checks, negligence.

What is Type 2 diabetes?

Unlike type 1 diabetes (an autoimmune condition where the body stops the pancreas from producing insulin) most type 2 diabetics still produce some insulin – the hormone needed to turn blood sugar into energy to power our cells. For many type 2 diabetics, after years of consuming too much sugar, their cells actually become resistant to insulin (insulin resistance).

When insulin can’t do its job, the rising blood sugar acts like a poison, contributing to heart disease, kidney failure, poor wound healing, retinopathy (a cause of blindness) and neuropathy (nerve damage).

The most common signs and symptoms are:

The demographic risks of developing type 2diabetes include:

What we eat is a major contributor to type 2 diabetes and changing your diet can manage and even potentially cure it. 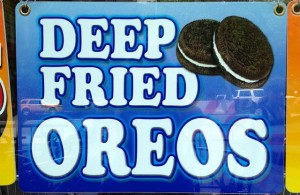 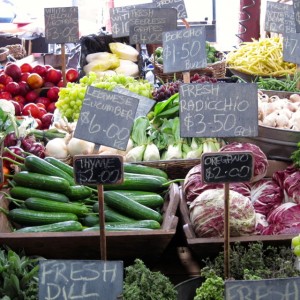 What about a “low GI” diet?

The standard advice for diabetes over the past decade has been to avoid high glycaemic index (GI) foods. GI calculates the rate that foods containing carbohydrates are converted to blood sugar. The higher the number, the quicker a spike in your blood sugar.

While the guide can be useful it also has many limitations. For example, it doesn’t take into account quantity – no matter how low the GI food, if you eat too much and/or too often it will feed the diabetes.

Another issue is that low or moderate GI doesn’t always mean a healthier choice. Cardiovascular  (heart and  blood vessels) health is often a major issue for many people with diabetes. By only taking into account carbohydrates, GI ignores the role that fat plays in heart health and diabetes. Also fat and protein slow down the release of sugar, which can lead to a lower GI ranking of some processed foods.

The potential promotion of processed and generally unhealthy foods as good choices for people with diabetes can be a consequence of the trademarked GI symbol. This is one of the initiatives “official” home of the glycaemic index at Sydney University. Like the Heart Foundation’s ‘healthy heart tick’, manufacturers pay a premium for their products to be assessed and awarded the symbol. Smaller producers, such as many health food companies, can’t often afford to do this. So in some cases the trademark’s absence doesn’t necessarily mean a product is less healthy for diabetics.

Industry politics aside, there are a number of irritating quirks with the index. For example, brown rice has a higher GI ranking to some white rice such as basmati. Let commonsense be your guide. If you have to take a long time to chew a food and it looks like it does in nature, it’s probably a better choice.

Moving your body and maintaining a healthy waist measurement is a cornerstone of managing diabetes.

As far as diabetes is concerned – exercise is medicine. You have to take it every day, whether you like it or not. Some days the medicine will be easier to tolerate than others but after a while you will start to feel better.

There are no real tricks to exercise (no matter what the latest fad promises) other than turning up and doing at least half an hour a day. It can be walking (ideally at a rate that makes you puffed if you try to talk at the same time), running, skipping, yoga, gym classes, pilates, dancing, weight lifting, team sports, cycling, boot camp … anything as long as you do it!

Nothing replaces a good diet and regular exercise but the following are a few of the natural remedies that can help maintain healthy blood glucose.

Probiotics – gut health has a marked affect on inflammation throughout the body. New research supports the use of probiotics to manage type 2 diabetes (Tip: use the powder or capsules and skip the sweet, popular probiotic drink.)

Cinnamon – add it liberally to your food. New research shows that cinnamon can lower blood glucose and cholesterol.

Gymnema – an Indian herb that’s been shown to help with glycaemic control. It is best prescribed by an experienced herbalist to assure the quality and appropriate dose. Always consult a herbalist if taking prescribed medication.

It is important to stop smoking, as smoking can impair peripheral circulation (and a step closer to slow-healing wounds and amputation).  See a reputable hypnotherapist if you need assistance.

Fortunately not all my clients are like Al. Most seek help before it’s too late. Those who have turned their life and diabetes around have embraced major diet and exercise changes. It is important not to bargain one for the other, or play the “if I have a ‘good’ lunch I can skip the gym” game.

These clients have monitored their blood sugar as directed by their doctor, used medication if needed and been diligent with taking their herbs.

They’ve taken this life-challenging risk seriously, saved their sight and limbs, and usually ended up both healthier and happier than before their diabetes was diagnosed.

*names have been changed to protect identity.

This article was updated in November 2014.