The skinny on carbs

In the past decade we’ve become a carbohydrate obsessed nation but there’s more to carbs than the celebrity diets would lead you to believe.

Carbs cover one of the widest range of foods. Chemically it is formed from a delicious chemical combination of carbon, hydrogen and oxygen. In short, sugar molecules. While carbohydrate rich foods predominantly come from starchy, vegetable based sources, carbs range from straight sugar, to a carrot, a slice of bread or a serve of brown rice. Each food varies in the quality and quantity of energy they provide along with their full nutritional profile.

I’m not a fan of breaking food down into the old dietetic food groups (fats, proteins and carbohydrates) because good nutrition is a lot more complex than this arbitrary form of categorization. Each group encompasses a wide variety of foods and quite often they over lap. For example a nut can be a source of protein, carbohydrate and dietary fat. 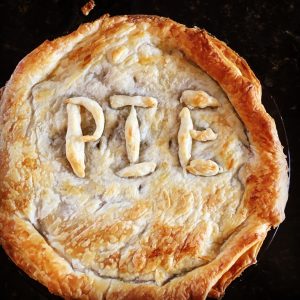 A quick guide to simple and complex carbohydrates

Simple carbs: refined food such as flour and sugar, that are quickly metabolised when you eat them eg: cakes, biscuits, bread, noodles, pasta, lollies.
Complex carbs: unrefined foods that take longer to break down to a sugar, such as wholegrains, nuts, seeds and legumes eg: lentils, rolled oats, quinoa, millet, brown rice.

Somewhere in the middle of the two groups lies white rice, which is polished to remove the healthy fibrous outer coating but not as refined as rice flour. I put “wholemeal” and “whole grain” breads and pasta in this category as well. Unless it is made from grinding the unrefined grain, most commercial products in fact use white flour with some fibre added back in. 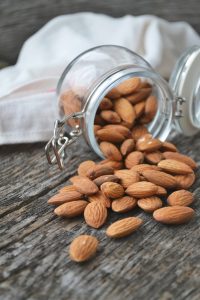 Do carbs make you fat?

All carbs break down to sugars, if you have more sugar than you need your body will store it as fat. Simple carbohydrates like sugar and flour have had most of the nutritional goodness in the way of vitamins, minerals and fibre removed in the refining process. Such foods often use up more nutrients to digest them than the food is able to give back to your body.

The combination of too many simple carbs not balanced with vegetables and good quality proteins, plus not enough exercise will likely lead to a flabby belly.

But a diet high in complex carbohydrates, in the form of unrefined plant foods is less likely to have the same effect.

Can carbs be good for you?

Complex carbohydrates also provide the building blocks to form vegetarian proteins (a combination of plant foods that can provide the 20 necessary amino acids). So sometimes carbs act like proteins, helping your body build muscles and tissue.

Why are low carb diets so popular?

Reducing sugar in all forms, including simple and complex carbs, from your diet can certainly help you loose weight but not all weight loss is “healthy”. The success of the “Atkins Diet” (the original low carb diet) is what you eat instead of the carbs. Low carb diets should really be called” high animal protein diets”. The real reason you loose weight following this diet is because the high protein intake makes your feel sated so potentially you eat less. The downside is the amount of protein the diet recommends is high in fat, low in vegetables and fibre. Long term this is a recipe for heart disease, constipation and offensive body odour. The Atkins Diet is linked to a lower life expectancy, though you’ll make a younger, slimmer corpse.

What type of carbs should you eat in a balanced diet?

Plant foods, that look like they do in nature, are generally the healthiest food choices and guess what – they’re carbohydrates. As Michael Pollen wrote in In Defense of Food: An Eater’s Manifesto, “Don’t eat anything your great-grandmother wouldn’t recognize as food” and ‘Eat food. Not too much. Mostly plants.’

Why do you feel sleepy after a big carb meal like pasta or rice? Simple carbs break down to sugar a lot more quickly than complex carbs. The influx of sugar causes a sudden increase blood sugar levels, making the pancreas release insulin. In turn, the insulin triggers tryptophan production, which gets converted into serotonin in your brain. Serotonin is a neurotransmitter that makes you feel sleepy.

Some types of alcohol are a sneaky source of simple carbohydrates. Beer, for example, has been referred to as “liquid bread”, while cider is just fermented apple juice. Don’t even think about a dessert wine! The sweeter it is, the higher the carb load. 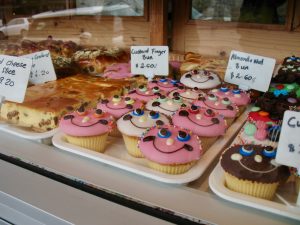 Update: New research proves a diet of simple carbs can cause acne.