This year it’s been almost impossible to turn on the television without being confronted with a slimline Dr Michael Mosley spruiking the Blood Sugar Diet (BSD). Like his previous 5:2 diet, a number of clients have asked my opinion.

What is the Blood Sugar diet?

The BSD is a low carbohydrate/very low calorie diet (VLD) that aims to prevent or treat type 2 diabetes. To kick-start the weight loss, Mosley proposes a diet based on 800 calories a day for at least eight weeks. This is followed by a maintenance programme based on his 5:2 diet or a “low-carb Mediterranean style” regime.

It combines a VLD with elements of the low carbohydrate, high fat, Paleo and Mediterranean diets.

At 3347 kilojoules (800 calories) the BSD is one third of the RDI for men and well under half (44%) of the recommended intake for women. That’s not just 33 to 44% of what most people usually eat, but of what we “should” consume. The mainstay of the BSD is small portions of meat, seafood, nuts and vegetables. 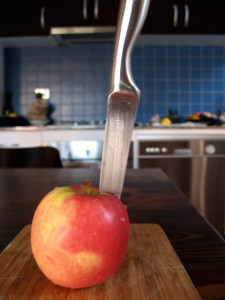 The medical dictionary defines a crash diet as “a semi-starvation fad diet of various formulations; in general, crash diets may be followed for a short time by a person wishing to rapidly lose weight”. While eight weeks is not the same as an eight-day cabbage diet, one third of your RDI can qualify as “semi-starvation”.

Is the Blood Sugar Diet evidence based?

Can weight loss prevent, treat or even cure type 2 diabetes? Absolutely. However is this diet the most effective way to do this?

The cornerstone of the BSD is extreme calorie restriction. How does this differ from other weight loss diets?

Repeated scientific studies demonstrate that the body tends to slow its metabolic rate when we lose a lot of weight. This results in the majority of people who’ve experienced significant weight loss to regain as much or more than they initially lost.

Mosley argues this doesn’t occur on the BSD if the dieters also do strength-based exercise and cites a single short-term study with a small group of participants: “A more recent experiment on the effects of short-term calorie restriction produced very different results. In this study, 11 healthy volunteers were asked to live on nothing but water for 84 hours (just under four days). The researchers found that the volunteers’ metabolic rate actually went up while they were fasting. By day three it had risen, on average, by 14%.”

One small, unreproduced study alone isn’t enough to counter the large amount of scientific literature to the contrary. However the BSD is based on the work of Professor Roy Taylor and team from Newcastle University (UK). Their original research found 40% of the study’s 30 participants reversed their diabetes and remained diabetes-free for six months after beginning the diet. This is a promising result from a pilot program with further research in the pipeline.

Does the BSD differ from other very low calorie diets?

There are many successful but extreme VLCs, for example the HCG diet, which is often very expensive and gimmicky. While the BSD has books and spin-off products, there’s probably enough information available online to follow it yourself. So the BSD’s primary motivation appears to be genuine rather than solely profit-making.

Peer support can be a major factor in making a successful lifestyle change. The BSD also has an online forum for followers, with no apparent participation fee.

One of the arguments for VLDs is rapid initial weight loss gives dieters an incentive needed to continue with the regime. However the opposite also holds: often the more extreme the diet, the greater the dropout rate. If the proposed follow-up studies can reproduce a 40% diabetes “cure” rate using this diet alone, it would be one of the most successful diets ever studied.

What are the risks with VLDs?

A recent study looking at an eight-week rapid weight loss program, strikingly similar to the BSD, found a concerning heart risk. Cardiac repolarisation was linked to cardiac events and death in some of these dieters. Most at risk were in men aged 35 to 54 years.

This is an alarming study and that alone would make me very cautious about recommending VLCs in any form. 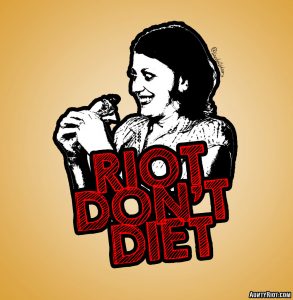 Will the BSD be effective for those who need it the most?

Are people with lifestyle-induced insulin resistance/type 2 diabetes going to be motivated to follow such a restrictive diet?  In my experience the best “dieters” are the ones who need it the least. As in, those who have a healthy, or unhealthily low, BMI are the ones who perpetually attempt calorie-restrictive diets. This is backed up with sound evidence that it’s usually individuals who are under or of normal weight who are more motivated to follow a weight-loss regime than overweight people.

Can the BSD, which is basically a self-directed regime, sufficiently filter out people who are underweight or have no weight-related risk of diabetes? I doubt a warning, hidden away in the FAQ, telling those with an eating disorder not to follow the program is enough to deter misuse. Very low calorie diets can often be like “crack” to many with body dysmorphia, and the amount of publicity the programme is receiving only validates it further.

This diet is dangerous for those prone to body-shaming, negative self-esteem or are medically underweight.

As I found with the 5:2 diet, I only got requests to evaluate the programme from people who didn’t need to lose weight.

The BSD’s publicity tour in Australian kicked off with an appearance on Insight, with an entire programme dedicated to the regime. Notably the two audience members on the diet alluded to how difficult (and joyless) they found following it.

Mosley emphasised that most people would need to stay on the diet for more than eight weeks to reach their ideal weight. I have serious doubts that people in the target demographic for this regime are likely to have enough motivation needed for such an extreme undertaking.

What about maintaining the weight loss?

Another common failure of VLCs is life after the initial weight loss. A diabetes reduction programme is only as good as its follow through. The BSD does have maintenance options through Mosley’s 5:2 and an adapted Mediterranean diet approach.

As a naturopath I’ve always found the binge/starve cycle of 5:2 worrying, as it focuses only on calories/kilojoules and not the actual quality of what people eat.

Other lifestyle options for type 2 diabetes

If you’re at risk or have been diagnosed with type 2 diabetes, a multi-team approach might be more successful in the long term. This may include a naturopath/coach to guide you through diet/lifestyle changes, psychologist, exercise physiologist, and of course your GP and specialists.

I encourage a non-weighing approaches to type 2 diabetes, not focusing on size but on increasing incidental exercise and other movement to become more comfortable in your body, mindful eating and eating more slow-release carbohydrates to better control blood sugar.

Diabetes is a very serious condition that can literally risk sight, life and limb. If at first you don’t succeed in reducing your blood sugar, get professional help.

Read more about diabetes-proofing your life.