Cholesterol and the statin controversy

Statins, the drugs designed to lower cholesterol, are in the news again. The US regulatory body the FDA released a warning this week, cautioning users of an increased risk of developing dementia or diabetes. Australia’s counterpart, the TGA, is yet to make a ruling.

Cholesterol lowering drugs like Lipitor and Lipex are some of the most prescribed drugs in this country, with around 30% of all people over the age of 45 yo currently taking them. But statins have always been controversial, especially in relation to side effects such as crippling chest pain and being over-prescribed to relatively low cardiovascular risk patients.

The evidence showing a link with cognitive impairment was not as strong as the links with diabetes, but if a patient developed symptoms he would consider taking them off the drugs.

But the director of the Baker IDI Heart and Diabetes Institute, Garry Jennings, said people should not stop taking statins.
source

For a number of years the issue of prescribing statins to women, when evidenced based research showed that it was unlikely to increase longevity, has been particularly questionable. While high cholesterol is a known risk for conditions such as heart attacks and strokes, it is rarely the only factor. Gender, age, family history, weight, smoking and other lifestyle issues all play a role. Doctors are encouraged to use a CVS risk assessment tool and encourage patients to change their diet and increase exercise before reaching for the prescription, pad but in practice this appears to not happen often enough.

Did you know cholesterol-lowering medication is:

• the most prescribed type of drug in Australia.
• taken by an estimated 10,000 Australians every day
• more effective for men (the original drug trial participants were all male and when tested on women many years later they could not replicate the positive findings)
• a big earner for pharmaceutical companies with the Australian government paying out over a billion dollars a year, via the Pharmaceutical Benefit Scheme, for statin sales alone
• and also that the same pharmaceutical companies who make statin drugs are often major sponsors of medical research and respected health institutions, such as Baker IDI, whose director was quoted above, urging patients to continue taking statins despite the negative research.
• only suitable for a narrow range of patients – men who have high cholesterol, with a history of heart disease and a family history of cardiovascular disease – are the most likely group to benefit from statin therapy.

Researchers at the Norwegian University of Science and Technology looked at 52,087 individuals between the ages of 20 and 74. After adjusting for factors like age, smoking and blood pressure, researchers found women with high cholesterol (more than 270 mg/dl) had a 28 percent lower mortality risk than women with low cholesterol (under 193 mg/dl). Risk for heart disease, cardiac arrest and stroke also declined as cholesterol levels rose.
source

Consult a qualified naturopath  if you have high cholesterol and want to explore the alternatives.

A few more facts about cholesterol

A recent article in Australian Prescriber looks at the pros and cons of our current statin use. 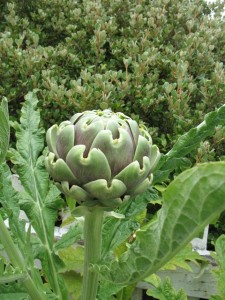