A year in seasonal produce

Australia is a vast country, encompassing many different climates, so we’re lucky to have a huge variety of seasonal produce. This also means we can access most fresh fruit and vegetables, all year round.

Locally grown, seasonal produce is vibrant, fragrant and tastes spectacular. When you get to know what’s freshest each month, you’ll notice that some fruit and vegetables have much narrower periods of availability, making them extra special. Remember how exiting that first (expensive) bunch of asparagus is in September, then by February it’s oh-no-not-asparagus-again? Cherries have an even shorter season from spring, to early summer. Blink and you’ll miss them. 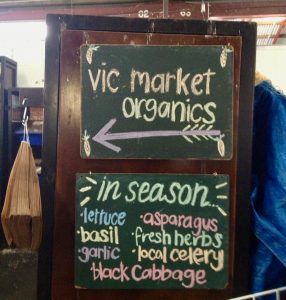 Seasonal produce in the supermarket?

But not everything that’s plentiful in your supermarket, is in season or even grown in the same state or country. Fruit and vegetables are stored in massive refrigerated facilities and trucked around the nation. While as far as availability is concerned apples appear to be in season all year round, but they will be crispest and taste much better in autumn, rather than the one that has spent nine months in cool storage when purchased in summer.

How do you know when apples are harvested? Take a look at the fruit picking job guide. This alerts workers to where and when different fruit is ready for harvest in each state. A lot of produce is no longer picked by hand, so this is only a small selection of seasonal fruit and vegetables.

Generally, seasonal produce will be the least expensive and most plentiful fruit and vegetables on sale. They should look good and smell even better (never be afraid to sniff your fruit, but gently hold rather than squeeze them).

Below is a guide of what’s generally considered in season in NSW and Victoria, through each month of the year. Farm gate and local farmers markets may vary, but this gives you a rough idea of what to expect each month.

Here’s a round up seasonal produce in New South Wales & Victoria*. New Zealand may be about a month behind. Also some recipes and ideas to use your in season fruit and vegetables. 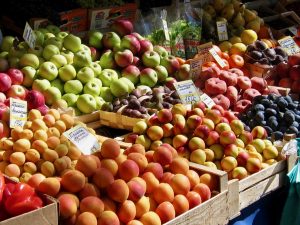 Don’t know what to cook? The recipe  archive is full of easy to follow, healthful recipes. Including guides on how to salads and plant-based barbecues.

Sign up for the free monthly newsletter for recipes, health and lifestyle tips.