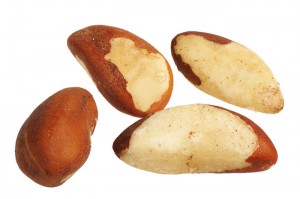 The claim: ”It is probably one of the only reliable food sources of natural selenium, a very powerful antioxidant.”

The evidence: Selenium is indeed a powerful antioxidant, but the problem is that the levels of the mineral are dependent on the soil the plant is grown in. If the land is low in the mineral then the nut won’t contain significant amounts of selenium. Soil acidity and intensive farming are part of the selenium depletion problem but some parts of the world such as New Zealand, China and Russia are notoriously low in selenium. In Australia, studies have shown soils in Tasmania and coastal NSW and Queensland also tend to be deficient. While organically grown Brazil nuts may be higher in selenium, if grown in these places they’re still unlikely to be.

Value for money: Brazil nuts are a similar price to other nuts. Organic, of course, cost more but are a better choice.

Verdict: Raw nuts are a great source of nutrients including calcium and magnesium. While Brazil nuts are traditionally high in selenium, only independent testing can verify that. Organic nuts grown in areas outside the ones mentioned have a higher chance of being rich in selenium. But you can’t count on it.

Caveat: Cooking nuts – roasting, toasting, blanching etc depletes many of the nutrients, including selenium. Eat your nuts raw and as fresh as possible. If they taste bitter, throw them out. Rancidity (the usual cause of bitterness in foods containing natural oils) can produce inflammatory precursors in the body.

Most tree nuts are packed full of beneficial nutrients. The selenium content, however, remains controversial.