Superfood myths: what makes a superfood

The final superfood part in the superfood myths series.

What makes a superfood?

Is ‘feeling righteous when you are eating it’ part of the superfood test?

This was one reader’s response to the superfood series. On those grounds she nominated kale.

Another replied, “What about wheat grass, how can something that tastes so bad be so good for you?

Righteousness or tasting so bad it has to be good are interesting criteria for the superfood status. But the history of the superfood label tells a different story.

But first a tale of two popular tabloid superfood lists.

These two ‘definitive’ lists of superfooods were published in the local press in 2008 and 2012. The contrast is remarkable. In only four years the focus has shifted from common, easily recognisable foods, mostly fruits and vegetables, to a range of exotic and expensive wonders.

What has changed in four years?

The growers, manufacturers or distributors have heavily promoted many of the latest ‘superfoods’. When researching freekeh, for example, almost all the nutritional information came from one Australian company, growing and promoting the grain. Likewise, a local company has begun producing and distributing pomegranate products, selling punnets of free flowing seeds though the big supermarkets. Neither of these companies was in full production when the 2008 list was produced.

I’ve often joked that you don’t find carrots or beetroot on the superfoods list because there’s not a well-resourced marketing conglomerate promoting these vegetables, yet they’re both full of the antioxidant beta-carotene. But if a whiz-bang carrot and beetroot based juice or some other processed product comes onto the market, I predict the humble vegetables in their new guise will be superfood contenders. 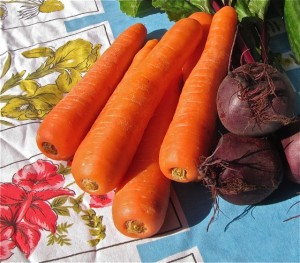 The problem with superfoods

No single food can provide all the nutrients required for good health. The evolution of the superfood label implies that the food (or in 2012, a food product) has proportionately more of a particular nutrient than it’s competitors. While it’s tempting to elevate the status of a single food because of this, it can sometimes end up encouraging people to eat it at the exclusion of other foods in that group. This may result in limiting their diet instead.

As a naturopath I think it’s more important to focus on a superfood diet, rather than singling out a star. The best nutrition comes from a wide variety of unprocessed foods that together provide the full spectrum of vitamins, minerals, trace nutrients, protein and appropriate fats. Eating a diverse array of fruits, vegetables, raw seeds, nuts, gluten-free wholegrains, beans and oily fish creates super meals. If you choose lots of different foods from each of these groups, skip the junk and swap your drinks for pure water and fresh vegetables juices – you’ll shine from the inside out.

Watermelon, blueberries and all of the other 2008 superfoods are still part of a super diet. The fact they’ve not on the 2012 list tells us more about marketing than actual nutrition.

If you loved the Superfood myths series – tweet it!