From subject to collaborator: being a consumer in cancer research

This year has been all about cancer. Before you switch off, it’s been an uplifting and inspiring experience as a cancer consumer and advocate.

While I was completing treatment for ovarian cancer in Melbourne, I had an opportune encounter with a researcher who suggested I get involved with advocacy. It took a few years settle in Sydney, re-establish my business and emotionally recover to take this on board and find the energy to volunteer.

In 2018 I completed my training with Cancer Council NSW and officially signed up as a consumer in research with Cancer Voices.

Consumers are usually people whose lives are affected by cancer (personally or as a carer), who are interested in collaborating with researchers and clinicians.

We are the voices of the people that the research impacts, rather than being the subjects of the studies. We play different roles, including giving feedback on the study design and critiquing plain English summaries to help researchers get funding. Consumer involvement is becoming increasingly mandatory to obtain grants, or at the least increases the chances of studies gaining funding.

Studies in this relatively new area of consumer involvement with cancer researchers have shown that the quality and content of research benefit a great deal from consumer engagement – in its direction, in its applicability to community needs, and its end value for people affected by cancer… even if it’s a mouse model, or molecular biology study, the end object will benefit from an informed consumer view. Research funders are now convinced and most require evidence that applicants for their funding have engaged in a meaningful way with informed consumers.
Cancer Voices guide for consumers

Cancer Voices has spearheaded consumers in research in Australia and is run by a team of dedicated volunteers – many of whom have, or previously had, cancer. The organisation also collaborates with Cancer Council NSW to train those interested in advocacy and consumer involvement, through workshops and online modules.

Other than involvement in a specific study, there’s also opportunities to be part of an organisation’s in-house Consumer Advisory Panel (CAP). We work with clinicians and researchers to help identify research priorities and give crucial feedback, while they’re framing their proposals.

I’m honoured to be a  CAP member with the Translational Cancer Research Network (TCRN). It’s a bit of a mouthful but basically it brings together researchers and clinicians from universities and hospitals across NSW,  to help translate scientific discoveries into clinical policies and treatments more quickly. Reducing these delays can really make a difference for those living with cancer.

All panel members are research trained and experienced in reviewing research grant applications. We’re also individually involved  in working with different research teams in the network. The CAP meets regularly to share updates about these projects, learn about other TCRN activities and give feedback to PhD students, post-doctorial researchers and clinicians about their proposed study designs.

CAP meetings are full on but uplifting. I always leave with my head spinning about the potential research on the horizon, and with so much hope about the future of cancer prevention, detection and treatment.

Getting my geek girl on

“You are not expected to have or to gain an in-depth understanding of the science behind the research – what’s more important is that they can explain what its impact will be.”
Cancer Voices guide for consumers

While having four years of health science education under my belt is useful, as a consumer I have to put everything I know from my studies and professional experience aside and primarily focus on what my lived experience of cancer can bring to the research.

Some of my new consumer roles have given me a bonus opportunity to grow my scientific and medical knowledge.  I really love learning more about what goes on at a cellular level working with a team developing a drug to reduce the side effects of chemotherapy and getting my geek girl on during a lab visit – looking down microscopes, and learning about RNA and DNA extraction.

Being a bit of a unicorn in the world ovarian cancer, surviving and thriving more than five years since diagnosis, I’m committed to be an advocate for women who’ve not been as fortunate.

Understandably, a cancer with such a poor survival rate (46% five year survival), draws on a a small pool of those well enough to share their experience and be involved long term with researchers. This has opened up more opportunities as a consumer in ovarian cancer research, than I have time to volunteer.

Beyond the consumer advisory panel and working with three research teams, in this first year I’ve also attended a number of consumer forums, given feedback on some consumer questionnaires and joined two Pathways committees at Cancer Council NSW.

Most recently I’ve joined ANZGOG‘s Survivors Teaching Students program. My early detection of ovarian cancer is largely the reason I’m alive and well today. Through STS  we share our stories (or “PhD in Ovarian Cancer – a Personal  History of the Disease”) with medical, nursing and allied health students, to help them become more aware of the symptoms and lived experience of women with ovarian cancer.

“STS has taught me what to look out for in terms of the symptoms of ovarian cancer, and even more importantly it has taught me how to approach a patient with cancer and interact in a way that is sensitive, compassionate and understanding.”
Year 4 medical 2019 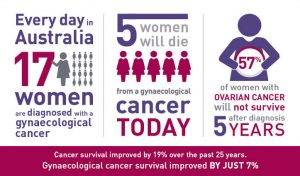 A personal reflection on volunteering in cancer advocacy

This first year of advocacy and consumer involvement has  been equally exciting, mind-expanding, humbling and a little bit tiring at times. It has been a privilege to play a tiny role in the world of cancer research and awareness. I am in awe of the dedicated and talented researchers I’ve worked with, along side the tireless organisers and fellow consumers.

While I continue to work in my business as a naturopath and mentor nearly full time, occasionally I’ve needed to turn down some dream projects in order to meet my current volunteering and business commitments.

Volunteering has always been a personal and professional value. It’s an honour to turn the challenging personal experience of cancer into something more useful.

Getting involved in cancer consumer advocacy

You don’t need to have had cancer to get involved, as family members, partners and others are also welcome.

I found it useful to have a period of time between going through my cancer experience and taking on this role. For me, it was important to process this life changing experience and emotionally recover first. But there are many others who dive in straight away, to tell their story while they can.

Other ways to support women with ovarian cancer

If you’d like to support this vital research in cancer, be aware the funding pool in Australia is paltry. Ovarian cancer tends to receive only a very small bite of the funding cherry. Many amazing projects, that could change women’s lives, fall at the first grant application. You can make a difference supporting ovarian cancer research by donating to ANZGOG.

Read October 2020 update for the latest advocacy and CIR news: including joining ANZGOG’s consumer panel and new role on an NHMRC funded study. 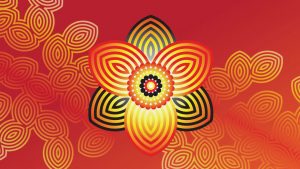 Cancer has played an unexpected role in Gill Stannard’s life. In 2013 she was diagnosed with Stage 1C ovarian cancer, requiring surgery and chemotherapy. Her brother died of a brain tumour in his early thirties and her father who previously survived lung cancer and a melanoma, is currently being treated for advanced prostate cancer.

Even before cancer became an uninvited guest in her family, Gill has worked naturopathically with many clients living with life-challenging conditions. As a practitioner, her own experience has reinforced her belief that while naturopathy can’t always prevent cancer (let alone ‘cure’ it), her personal experience has shaped her approach to working with people recovering from treatment or living in the shadow of cancer.