I’m an naturopath with more than 27 years experience, supporting people recover from cancer treatment, My approach is down to earth, realistic and empathetic, informed by both my personal experience, as well as decades of clinical experience.

UPDATE: More than five years on from ovarian cancer, I’m fortunate to be not only alive but well, with no recurrence. In these articles I reflect on navigating life in the shadow of cancer. The physical and emotional recovery from a cancer diagnosis and treatment is complex. If you’re struggling after completing treatment, or supporting someone who is, I hope you find them useful. You might like to read more in part one: luck, love and cancer.

With diagnosis and treatment behind you, life is looking up. But if you’re still feeling lousy, you’re not alone. While some of us planned to celebrate and appreciate every moment after diagnosis or treatment, the majority of cancer “survivors” struggle with their physical and emotional health, even when the disease has been halted or eradicated.

For many people who’ve experienced cancer, it often takes years to physically and emotionally get over the shock of diagnosis and the rigours of treatment. Processing the enormity of this event and adjusting to a “new normal” often takes longer than we expect.

The impact of chemotherapy and radiotherapy on our energy levels alone is estimated to last around two years. While other physical reminders, such as pain or nerve damage, can last a lifetime.

While the physical side effects of treatment are usually well-acknowledged by our medical teams, a new study has confirmed that the emotional scars are not always so well addressed.

Cancer Council Queensland’s landmark survey 1000 Survivors Study (2015)  identified that almost every person contacted by the study (more than 94%), experienced ongoing worries that persisted after their cancer diagnosis and treatment. The study found that most “survivors” just put up with their fears rather than seek expert help.

In the first two years after my cancer diagnosis, there was only one day that I didn’t think about the disease. While some thoughts were tinged with shock or fear, often the daily reminder was more matter of fact – “I’ve had cancer”. Regardless of the emotions connected to the thought, the sheer repetitiveness was relentless and exhausting.

Acknowledging the psychological impact of cancer is an important aspect of recovery. Consulting an oncology psychologist about the emotional impact of treatment and talking to people I knew who’d also experienced cancer was invaluable.

“I learned to live with it”

Was the most common reason participants did not receive care for their physical, emotional and practical concerns following completion of treatment. 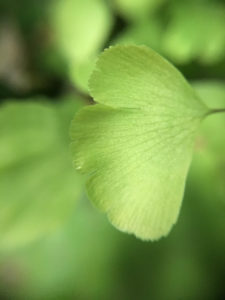 I had my first session with an oncology psychologist a couple of weeks after surgery. At the time I could barely walk a block or two unaided but recognised my mind was struggling just as much as my body.

“You’re still in shock”, was one of the first things she told me. While it can be obvious to an outsider, it’s not always so clear to the person experiencing it.

Emotional shock can be characterised by one or more symptoms including:

Symptoms can continue for months or years.

While in a state of shock we can often function well and appear to be normal. Sometimes we even feel guilty for not leaping with joy, having survived not just cancer but also often months of gruelling medical interventions.

As the Cancer Council Queensland study discovered, symptoms such as anxiety or depression however dysfunctional, are actually “normal”. But less than half of the “survivors” studied sought help for even a single one of these psychological symptoms and 87% didn’t receive help for at least one of their emotional concerns.

The study also found that when “survivors” received care for their emotional difficulties their quality of life improved. When you get help you’re likely to feel much better and enjoy life more.

“How long did it take me to get over the shock? I haven’t, I’m still in shock!”

Other psychological effects recovering from cancer

Is there a single cancer “survivor” who doesn’t feel stressed as their cancer anniversary or a routine follow up approaches? It’s normal to feel anxious, fearful, depressed or angry in the days or weeks leading up to a scan, blood test or consultation.

While these episodes don’t usually linger after the event, the severity of symptoms in the lead-up period can be debilitating.

You don’t need to be in shock or experiencing persistent emotional symptoms to get help for these acute episodes.

My shock lasted to some degree for a year or two. Surprisingly early on, my medical training kicked in and I wondered if the persistence of many of the feelings that characterised shock, was actually post traumatic stress disorder (PTSD).

Having always considered myself to be emotionally strong and well supported, my immediate reaction to the possibility of experiencing PTSD went something like this, “What’s wrong with me? I’m too strong to get PTSD? Everyone else seems to be coping okay with their diagnosis. I must be really weak. How pathetic!”

When I explored my fears on Medline (a medical research abstracting site) and typed in “PTSD and ovarian cancer”, I was amazed and relieved to find this is not uncommon.

In fact, cancer-related PTSD is a well-researched phenomenon. The statistics vary, but across all cancers at least a quarter to one third of all “survivors” are clinically diagnosed with PTSD. Anecdotal research suggests it may be more prevalent.

Trauma experts define PTSD as “avoiding situations related to the trauma, continuously thinking of the trauma, and being overexcited.” This can mean you frequently relive the moment you were told your diagnosis or aspects of your treatment. It may cause you to go out of your way to avoid driving past the hospital or other places that remind you of your cancer experience.

Symptoms of post-cancer PTSD can include depression, anxiety, shock, shame, avoidance and numbing behaviours. These are normal reactions to an abnormal situation. You’re not alone in experiencing these feelings.

Untreated, PTSD can persist for years or even permanently. Despite cancer-related PTSD being so common, those caring for our physical health don’t always initiate conversations about mental wellbeing.

I had a “light bulb moment” during a non-cancer related conversation with a friend, who is also a qualified psychologist. She was talking about Prince Harry’s work with the armed forces, destigmatising PTSD by calling it psychological “trauma injury”.

I immediately related to the inherent shaming of PTSD as a classifiable mental illness. By reframing this common emotional reaction to my experience of chemotherapy (more than my diagnosis of cancer) as a trauma injury, I felt instantly better. Reframing the way I classified my symptoms was extremely useful 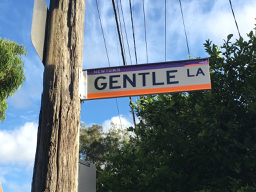 Feeling that you’re the only one “not coping” with cancer is an isolating and unnecessary experience.

Talking about how you feel with a professional or in a support group is important for emotional recovery.

Where to get help

In Australia, public hospitals usually provide access to free and unlimited psychology or counselling sessions for both in or out patients during and after treatment. Some hospitals employ specialist oncology psychologists. Hospital social workers can also help with many practical and emotional concerns. Unfortunately, as these services are not routinely offered, you usually have to ask for a referral.

Private hospitals, oncologists and GP’s can refer you to an oncology psychologist. A limited number of psychology consultations per year are applicable for a Medicare rebate, if referred by a doctor under a “mental healthcare plan”.

Cancer Councils in all states, as well as many cancer-specific organisation, have helplines where you can talk to a trained counsellor or join an in-person or online support group.

A naturopath can also help your physical and emotional recovery by supporting your nervous system with herbal medicine, nutrition and other remedies.

Useful techniques to help calm anxiety and negative thoughts include:

I worked with a couple of gifted psychologists, during treatment in Melbourne and later in Sydney to help with my fear of recurrence. Talking to friends who’ve walked their own path with cancer has also been invaluable. So too regular meditation, practicing mindfulness and learning to change my reaction to stress.

It took 18 to 24 months to find my “new normal”, one that’s physically and emotionally robust, possibly even more than before. But I couldn’t have done it alone. And nor should any of us expect to.

Life after cancer part three: repairing the cracks with gold. 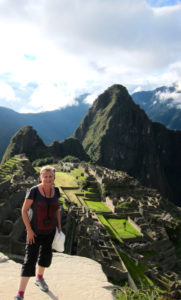 On top of the world: Getting my mojo back, in Machu Pichu 16 months after completing treatment.

Gill Stannard is one of Australia’s leading naturopaths and one of only a few experienced in collaborative oncology.  She works with people anywhere in the world, including those who are recovering from cancer.