*Updated April 2018: Within days of the ban on private health insurance rebates coming into effect, the Health Minister announced a new review into natural therapies which is due to be handed down in 2020. In the meantime, naturopathy and herbal medicine consultations cannot be claimed until such a time the government overturns the current reforms. *

From 1st April 2019, Private Health Insurers (PHIs) will no longer offer refunds for naturopathy, Western Herbal Medicine and 15 other natural therapies. Some PHIs are dropping these inclusions in their extras cover before this date, including HBF who cease rebating these therapies as of 1st January 2019.

There are complex political reasons as to why that led to the controversial Review of the Australian Government Rebate on Natural Therapies for Private Health Insurance. resulting in PHIs being forced by the government to no longer offer “extras” cover for these modalities. As the Naturopath and Herbalists Association of Australia (NHAA) note below, the criteria for studies included in the review of herbal medicines and naturopathy have raised a number of eyebrows.

Why the government can dictate what PHIs cover

But the boom for PHIs doesn’t end there. PHIs currently get over $6 billion a year in rebates from the Australian government, to compensate funds for a supposed reduction in premium price.

Despite government imposed checks and balances placed on PHIs since the introduction of the rebate, according to Choice, premiums have increased by 70% in the last decade, while the Consumer Price Index (CPI) grew only 26% during this time. By giving funds these rebates, it allows the government to dictate the type of policies PHIs can offer.

Under pressure from lobby groups such as Friends of Science in Medicine, the government launched a review of unregulated therapies currently covered by PHIs, despite the benefits being paid for natural therapies amounting to a very small proportion.

“Australia’s health funds paid $4.9 billion in benefits for General Treatment [extras cover] in 2015–16 including $2.5 billion for dental, $800 million for optical and $400 million for physiotherapy. Benefits paid for natural therapies comprise less than one percent of all benefits paid by health funds.”
Dr Rachel David, CEO of Private Healthcare Australia

The reality is many Australians have been corralled into buying private health insurance, through hefty levies if they refuse to do so. This has led to “junk” policies, often huge out of pocket expenses and annual premium rises outpacing CPI.

In recent years there has been an erosion of naturopathic services that can be rebated from PHIs. Clients are no longer able to claim practitioner only remedies, distance consultations, and earlier this year a number of PHIs dropped home visits. The rebatable portion has not kept pace with inflation, despite a 70% increase in the price of the insurance.

As a taxpayer, keep in mind that in 2015 Medicare rorts cost the government an estimated $2 – 3 billion annually. The cost of the naturopath rebate is minuscule by comparison.

The original review is now six years old. At the time, there was a lot of criticism about the inclusion criteria, leading to older, positive studies being excluded from consideration. Even studies sanctioned by Cochrane, considered universally to be the leader in reviews into evidence based medical research. The time lag between the original review and the legislation being enacted means that newer studies, demonstrating robust evidence for a number of therapies including herbal medicine continue to be ignored.

According to Jon Wardle, Associate Professor in Public Health at UTS, there are a growing list of consequences from this ruling that go a lot further than PHI rebates.

During an ABC Life Matters interview on 6 February 2019, Wardle sites a number of studies examining the efficacy of complementary medicine, that have had their funding rescinded due to the wider reaching legislation associated with the review. These therapies can no longer be carried out in a hospital setting, even when replicating previously successful in-hospital research, such as a successful international study into yoga for lower back pain. As a research fellow with the National Health and Medical Research Council (NHMRC), this has impacted his own research funding.

Furthermore private hospitals offering yoga or pilates classes, and other therapies listed in the ban, will now face a logistical nightmare if they wish to find a way to continue to offer them.

What can you do?

If you’re not happy with the changes to your health insurance policy, let your PHI know! Many clients have told me that they plan to drop their expensive “extras” policy, and go to cheaper “hospital only” cover, when they have 17 fewer rebatable therapies.

Write to the Minister of Health and your MP. Here are some tips to help you craft your letter. After recently undertaking cancer advocacy training with Cancer Council NSW, a recently retired MP told us that snail mail still rules for politicians. He reported that it wasn’t unusual for parliamentary staffers to delete emails, especially if they looked like cut and paste ones on the same theme! They don’t ignore letters. Even better, they’ll take you more seriously if you come to see them in person but always end with a specific call to action that you want the MP or Senator to do on behalf of your cause. 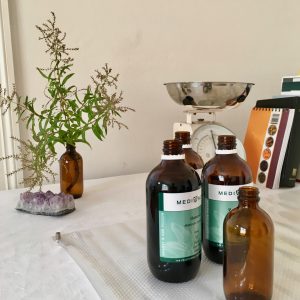 The Honourable Greg Hunt, MP (the federal Minister for Health)’s recent decision has effectively banned Private Health Insurers (PHIs) from covering Naturopathy and Western Herbal Medicine, despite a high level of evidence of their efficacy and valued use in chronic conditions. The Naturopaths and Herbalists Association of Australia (NHAA) is opposed to this decision. In our opinion, these new rules do not help patients, save virtually no money, create new risks to the public, deny care that is effective, and potentially encourage care that is ineffective and/or unsafe.

Most of the issues with the new rules stem from their prohibitive nature, so, whilst the purpose was to remove public subsidies for these services, the new rules actually prohibit their provision as part of a private health insurance plan under any circumstances. What has not been made clear in the new rules is why removal of public subsidies from these therapies requires that their supply be prohibited in complying policies.

Removal of Naturopathy and Western Herbal Medicine from private health insurance refundable status is of particular concern to the NHAA, primarily due to the anticipated impact on public safety.  In the absence of statutory regulation (such as under AHPRA), Naturopathy and Western Herbal Medicine currently operate in a self-regulated environment. A key safety lever in the current self-regulatory model, is the need for practitioners to join a professional association to access PHI provider numbers in order to allow patients to claim private insurer rebates on the services rendered.  In the face of inaction on the part of various governments to regulate Naturopathy and Western Herbal Medicine, the private health insurers have assumed the pseudo-regulatory role in this area by requiring practitioners be members of a professional association, to maintain current first aid training, and meet continued professional development requirements, which has acted as a steadying influence on the profession.  This allows professional associations such as the NHAA to enforce standards of public safety. For instance: ‘registered’ practitioner listings, codes of conduct, education standards and educational accreditation, monitoring of compliance with first aid certification, overseeing member professional development and continuing education activities, and ensuring practicing members hold appropriate levels of professional indemnity and public liability insurance.

Removal from private health insurance refundable status in relation to naturopaths (and western herbal medicine practitioners) removes the ‘pseudo-regulatory’ function currently operating in the public interest and is likely to facilitate underqualified and non-compliant persons to practice Naturopathy or Western Herbal Medicine with no professional checks or balances. There are already high-profile cases of misconduct by people claiming to be Naturopaths while not meeting even the most basic requirements set by some of the other representative bodies.  Had there been statutory registration, cases like this would have been clearly described in the press as ‘fake Naturopaths’ in similar terms to those used for other fake medical practitioners. The NHAA is concerned the regulatory vacuum resulting from removal of PHI for Naturopaths (and western herbal medicine practitioners) will enable people with little or no qualifications in the discipline to misrepresent themselves and anticipate more harm to the community and to the standing of the profession.

The Minister purports to use the “Review of the Australian Government Rebate on Private Health Insurance for Natural Therapies” as the justification for preventing PHI’s from providing rebates for Naturopathy and Western Herbal Medicine. The limitations of that review (eg., restricted to systematic reviews from 2008 onwards, missing an important review from 2007), as well as the large number of randomised controlled trials undertaken in the years since that review, make that reliance questionable. Not only was the report limited to published systematic reviews, but evidence has grown considerably since then: e.g. in 2013 there were six randomised controlled trials (RCT) comprising a total 692 patients for “whole practice” Naturopathy, however, there are now 31 RCTs comprising a total 9798 patients.  Even then the review found that there was evidence to suggest that whole-system naturopathic practice is effective in improving patient health for a range of chronic health conditions, including anxiety, multiple sclerosis, cardiovascular disease and musculoskeletal conditions. Of the studies which were included their positive outcomes were dismissed as not relevant to the Australian context due to the unregulated nature of the workforce.

Had Naturopathy already been registered as a profession then it would not have been subject to the review in the first place. Naturopathy and Western Herbal Medicine have previously been assessed against the requirements for registration and found to meet the requirements. It is the NHAA’s position that the lack of statutory regulation of naturopaths and western herbal medicine practitioners under the National Scheme (through AHPRA, as the agency that supports the National Boards to implement the National Scheme) is the key difference, to naturopaths and western herbal medicine practitioners’ adverse treatment under the policy change (that removes the government rebate to private health insurers in relation to a broad range of natural therapies). Registration under the National Scheme would address this issue and the NHAA has been, and will continue to, work to facilitate this.

In the interim, the NHAA will be working to have Naturopathy and Western Herbal Medicine removed from the “banned list”.  This is an administrative process, but it requires understanding of the issues by the Health Minister so that it becomes easier to make the change rather than to leave it as it is.  This requires a grass roots campaign with Naturopaths and their patients contacting their local member and the health minister to bring this to their attention and give them a reason to implement the change required.  The message needs to be succinct and to the point.  The NHAA will be keeping members updated with advice on practical action they can take to assist with the amendment process of the new PHI rules in the best interest of members and the public alike.