This month marks the 30th anniversary of my move to Australia. It was an act of pure faith.

Very early one Sunday morning I woke up knowing exactly what I wanted to do with my life. I would move to Melbourne and study naturopathy. Three weeks later, I flew out of Wellington with no idea if there was even a naturopathic college in my new city.

Arriving with just a backpack and a healthy dollop of naivety, I thought I’d study and be back in New Zealand in a couple of years. By the time I completed my four year full-time diploma of applied science, Melbourne was well and truly my home.

In pre-internet 1987 there was no time to research courses via post. Having visited the city twice before, I knew I could live there. I had no idea how my new direction would unfold, but just knew it was the right thing to do. The rest, as they say, is history.

Perhaps our information age has made life a bit too safe, to the extent that some of us won’t even eat at an unknown restaurant if we haven’t researched it thoroughly first. While packing up my life and moving to another country on my own may have been a tad extreme, I’ve never regretted it.

“Autumn is a melancholy and graceful andante, that prepares beautifully solemn adagio of winter.”
George Sand

Autumn is a season associated with melancholy and even regret. Midlife is another kind of autumn, but it can be one of joy and ease. As too many women approach menopause with dread, this month I began a series to help navigate this time of transition.

Also new to the site recently is an autumnal home remedy – thyme infused honey – to ease the discomfort of colds and respiratory infections, and an article unpacking the news that Australians don’t eat enough fruit and vegetables.

I look forward to seeing some of you during my next visit to Melbourne, the city where my naturopathic journey began, in early May. 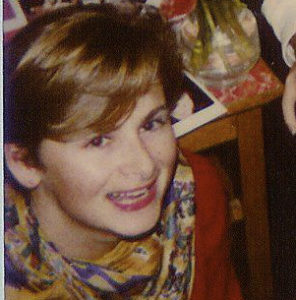 PS: Applications are closing soon for our health practitioner retreat in Bali. Don’t miss out as this is the praccy experience of the year, in a luxurious tropical setting.