Managing menopause part one: what is menopause?

Get expert help navigating menopause – from a naturopath with almost thirty years experience, who has successfully navigated her own journey.

How do you really feel about menopause?

On a scale from “squicky” to empowerment, how do you feel when you hear the word menopause?

In reality, many women feel some degree of ambivalence about this stage in life. For some, especially those with a history of nightmare periods, it can be a relief but for others it might herald some years of discomfort.

Despite menopause being a natural part of women’s lives, there’s still a lot of misinformation about it. In part one of this series about menopause – I look at the terminology, symptoms and reasons why some women struggle through this time.

In part two, I share effective ways to make the years around menopause easier. In the final part of the series, I share my own story of how I navigated surgical menopause (due to cancer). There really are more options than you are told!

What’s the difference between peri-menopause and menopause?

After 40, the medical profession tends to label women by their proximity to menopause.

The stages of menopause

Menopause is defined as not having a period for twelve consecutive months, rather than by symptoms like hot flushes (aka hot flashes). In developed countries this tends to happen between 45 and 55 years, with the average age being 51.

Premature menopause: is usually defined as going through menopause (ie not had a period for a year) under the age of 40. The most common cause of perimenopause is surgery (removal of ovaries) or drugs (such as chemotherapy) but sometimes this “naturally” occurs for no known reason.

To complicate the terminology, when a woman enters menopause at 40 to 45 years it’s usually referred to as “early menopause”.

Perimenopause: literally means “about or around” menopause. It is a transitional stage that starts when oestrogen (estrogen) and progesterone (sex hormones) levels begin to dip and ends with menopause after you’ve not had a period for a year. This process can take up to 10 years but on average it lasts four. For some women these symptoms can continue for over a year after menstruation has finished.

As the term describes the transition to menopause, it’s inaccurate to define it by age alone. Most frequently, this occurs in your 40’s but some women enter perimenopause a decade earlier, especially during times of stress.

As hormones level change, one or more of the following symptoms occur:

Post-menopause: refers to the years after menopause. Some women continue having perimenopausal symptoms through the initial post-menopause years. 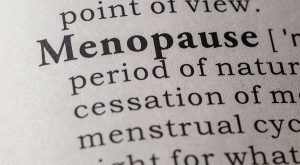 Is there a blood test for menopause?

Menopause is a natural life phase that all women who live long enough are expected to transition through. It’s not a disease and there’s no blood test to diagnose it. However, blood tests can give provide a snapshot of of your sex hormone levels. As reproductive hormones naturally cycle through a wide range, these levels can vary greatly from week-to-week. This sometimes results in women being wrongly diagnosed as perimenopausal, which can cause unnecessary distress. However, hormone testing is sometimes used to rule out causes for amenorrhea (lack of periods) other than menopause.

If menopause is natural, why do so many women struggle through it?

Let’s clear up a myth. Not every woman has intrusive symptoms as their sex hormone levels decline. Some merely stop having periods and sail happily through the transition. It’s just that we don’t tend to hear about these women.

With the development of drugs to “treat” menopause, there has been an increased pathologisation (implying menopause is an abnormality or disease) of aging. Women often feel they’re pressured to look unnaturally youthful. In fact, when hormone replacement therapy (HRT) hit the market, some clients reported that their doctor prescribed it “to slow down the appearance of wrinkles”.

On the other hand, for many women their 40’s and early 50’s is a complex time. Having children at an older age and/or demanding careers, while juggling numerous other commitments, means that it’s less common for this to be the carefree time of life.

It may be a clue as to why there’s an increasing amount of women suffering through prolonged and uncomfortable menopause-related symptoms. Months, let alone years, of sleep disturbed by hot flushes can quickly lead to fatigue, irritability and even depression. These symptoms are real and often intrusive, which is no wonder why “how long will the hot flushes last?” is a frequently asked question.

While synthetic (HRT) or nature identical (NHRT) (sometimes referred to as bio-identical hormones) drug treatment may temporarily reduce menopausal symptoms but increase the risk of some cancers, there are other ways to feel well through perimenopause and menopause.

What does stress have to do with perimenopausal symptoms?

I’ve come across women in their early or mid 40’s wrongly diagnosed with “early menopause” after they’ve skipped a couple of periods and had lower-than-normal sex hormone levels for their age. Yet during consultation it becomes clear that in many cases their rocketing stress levels, rather than the transition to menopause, are surpressing ovulation and triggering other symptoms.

Is there a way to manage menopause naturally?

My naturopathic approach to sailing through menopause combines plant- based “phytooestrogens” in food and nourishing herbs, with lifestyle techniques to reduce stress and reactivity.

In part two I explore these options. For most women there are holistic ways to make this transition so much easier, without drugs. In part three I road test the lifestyle, nutrition and herbal advice and share my menopause story.

Take the struggle out of menopause – you can work with Gill from anywhere in the world. 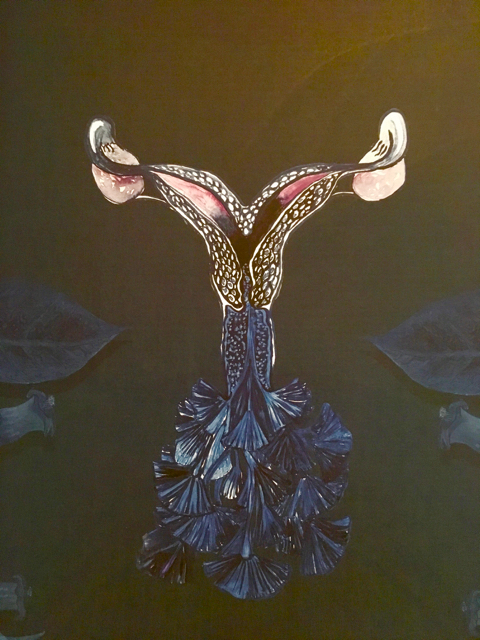