Is eating meat as bad for you as smoking?

According to the latest headline, a diet high in animal protein is as bad for you as smoking. Researchers noted a fourfold increase in death from cancer and diabetes amongst  animal protein-heavy omnivores compared to those eating a plant-based diet. In fact they concluded that for 18 to 65 year olds this doubled the risk of dying from almost any cause. The only caveat was for the elderly, for whom eating animal protein conferred some healthier outcomes.

So is all meat, dairy and eggs “bad” and all plant protein “good”?

Annoyingly, those responsible for reporting health news tend to rely on media releases and have little knowledge of science or even read the full studies. This results in conflicting stories, touted with equal zeal and little or no analysis or comparisons. For people looking for scientific evidence, to some degree there will be an equal amount of studies proving the benefits and hazards of either diet. But in my experience, both omnivores and vegetarians can follow a nutritiously rich or derelict diet.

Having recorded the health and diet histories of thousands of people over the last couple of decades, here are my observations about the meat-eaters versus vegetarians debate.

The problem with meat: Quantity over quality

As animal protein (not just meat but eggs and dairy as well) is energy dense, eating more than you’re burning off, means the energy the body can’t use immediately will subsequently be stored as fat.

Eating too much animal protein can create a burden on the kidneys and too much fat may be more than the cardiovascular system is able to deal with healthily.

While a certain amount of protein is essential for cell repair and maintenance the body isn’t fussy about whether the protein is from an animal or plant source. If you like to eat a lot of animal foods, then get up and move – increase incidental exercise, play sport and generally be more active. Stick to plant-based food on days when you’re sedentary.

After a few years in clinical practice I coined the term ‘accidental vegetarians’. It refers to people who’ve not consciously chosen to become vegetarian but feel less meat is “better” for them or suits their budget. They might cook meat only once or twice a month (often chicken), or only eat it when dining out.

In some families, especially ones with young children, I’ve noticed a tendency to replace old-fashioned meat and three veg with pasta – replacing protein with refined carbohydrates. Or throw in a handful of preserved meat instead of cooking ‘meatier’ cuts.

This diet is probably the worst of both worlds. Preserved and processed meat (ham, bacon, salami etc.) is perhaps the only commonly eaten food that gets a black mark in every diet study. Regular consumption has been linked with an increased likelihood of dying from of the most common diseases. Some groups have equated feeding a child ham with handing them a cigarette to smoke.

It would be a better option to eat small amounts of red meat, preferably on the bone, rather than only chicken (unless organic and naturally processed). It’s the bones, ligaments and cartilage that may be the answer to the conundrum of why some meat based diets are beneficial and others are harmful. It’s all about glycine. This is a key amino acid in forming collagen (the building block for bones etc.), which has been discovered to be a strong anti-inflammatory nutrient, unlike muscle and organ meat that appear to be pro-inflammatory. Slow cooked lean meat on the bone such as osso buco or ox tail soup with lots of vegetables offers the best of both worlds – iron and protein from the meat and anti-inflammatory, gelatinous goodness from the bones.

People on a meat-free diet have to work harder at getting enough protein and iron. It’s really tough to keep up with demand especially after surgery, giving birth or strenuously exercising more than an hour a day. This article provides a handy guide to getting the best vegetarian/vegan iron, protein, calcium and B12, as well busting a few vego myths.

Like the ‘accidental vegetarians’, some conscious vegetarians also bulk up on pasta and other refined carbohydrates. This leaves less room on the plate for more nutritionally dense choices like legumes, nuts, seeds and wholegrains that are all sources of plant-based protein. Mock meat, while providing some texture and variation to your diet, tends to be made from highly processed plant foods including gluten or soy, with added salt and flavours. Like processed meat for omnivores, mock meats are best kept for once in a while treats, not weekly consumption. 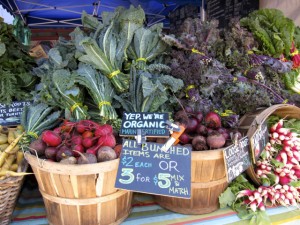 What is the ‘best’ diet?

I’d like to say “follow your instincts” but most of us have had instincts knocked out of us by conflicting medical research and advertising. It’s just too confusing. Also our agricultural methods have radically changed over the past century. For example in Australia we tend to think that our beef is still grass fed, however 80 percent of beef sold in our supermarkets has spent part of its life being grain fed on feed lots.

The majority of chicken available here is raised in cramped barns and fed on an unnatural diet such as wheat and soy. Omnivores are often exposed to more soy products in their food chain than vegans. While hormones are no longer used in Australia, antibiotic use is high due to so many birds coexisting with minimum space. This also has flow-on effects to humans, adding to the rise of antibiotic-resistant diseases.

Beware of “free range” and “chemical free” claims, as this is often not what you imagine. The chemicals that some chicken suppliers mention are in the processing, not the raising of the meat. Did you know that most chicken meat is washed in chlorine, the main component in household bleach? A safer and more nutritious choice is to invest in certified organic chicken, buy the whole bird and use the meat over several meals, not forgetting to make stock from the bones for the glycine.

In the main, meat tend eaters tend to eat too much, or too little, or the wrong type. Whereas people who’ve made a considered choice to become vegetarian (rather than just drifting in that direction) generally tend to be more health conscious in all aspects of their lives and also consume more plant based foods.

“A diet of minimally processed foods close to nature, predominantly plants, is decisively associated with health promotion and disease prevention.”

“If you focus on real food, nutrients tend to take care of themselves.” Dr David Katz

As Michael Pollan so famously said, “Eat food. Not too much. Mostly plants.” Regardless of being a dyed in the wool vegan or a committed omnivore one now indisputable fact is plant foods  are the most health-conferring food on the planet, and we could all benefit from eating more of them.

If you’d like to read more original articles on health and happiness this sign up to Gill’s free monthly newsletter.