Got a niggling feeling that something’s not right but can’t quite put your finger on it? Feel like your dragging yourself through the day (let alone night)? There’s a lot of talk about adrenal fatigue and burnout. It’s a commonly used term (though yet to be accepted by conventional medicine) to describe a number of ill defined symptoms.*

Adrenal fatigue is a term that’s used by some to say that fatigue and other symptoms are caused by a poorly working adrenal gland in people who are under mental, emotional, or physical stress.
source

How are your adrenal glands coping?

Take the quiz to see if you have any symptoms of adrenal fatigue.

Answer yes or no to the following questions:
• Is it a struggle to get out of bed in the morning but find yourself becoming wide-eyed late at night?
• Do you have bags under your eyes?
• Are you plagued by lots of niggling illnesses?
• Do you feel wired?
• Does your body ache?
• Are you always tired?
• Do you have a never ending ‘to do’ list and feel like you can never relax?
• If menopausal, are your symptoms moderate, severe or lasted for over two years?
• Do you feel driven even when you don’t need to be?

If you’ve answered “yes” to three or more of these questions, you could be burnt out – adrenally that is. Adrenal burnout is a term naturopaths use to describe the lingering impact of prolonged stress on the body, even after the stressful time is over (not to be confused with Addison’s Disease a serious medical condition where the adrenal glands can no longer produce sufficient cortisol).

It’s not just naturopaths who understand the importance of the adrenal glands, and the hormones they produce, in disease prevention. Scientific research is uncovering some fascinating evidence about the effects on cells that the hormones target, in other parts of the body as well.

Feel too overwhelmed to cope with science right now? Then just jump to the the solution! 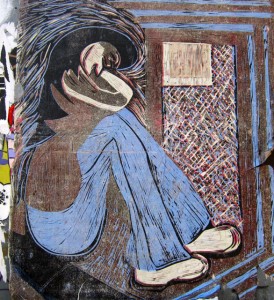 How our adrenal glands keep us alive (the science stuff)

When we have physical or emotional demands that go beyond our comfort zone, the adrenal glands pump out adrenaline and glucocorticoid hormones (such as cortisol). Cortisol plays an important role in switching off the inflammation process. That’s why cortisone, the pharmaceutical version of cortisol, is prescribed to treat inflammatory diseases like rheumatoid arthritis and Crohn’s disease.

But when our stress response stays on red alert for too long something’s got to give. In evolutionary terms the nervous system’s response to danger enabled our ancestors to run from or fight any threat to their survival. But in modern life our body continues to respond to all types of stress in the same way, even when the situation is not life threatening. When we react to missing a deadline, hate the boss or argue with our partner, it triggers the same hormonal response in the adrenal glands as when our forefathers ran from a marauding lion. For many of us, being in “survival mode” has become a normal way of life.

So what gives? When stress turns from a short-term (acute) response, to a long-term (chronic) way of surviving, it has a massive impact on our energy and general health. It gives way to the paradoxical state of deep weariness coupled with an inability to fully relax. It’s the feeling of being tired but wired at the same time. Over time this leads to feeling ‘burnt out” (exhausted, short tempered and prone to anxiety or depression). Our ability to fight infections can weaken, so we get sick more often. We’re also more prone to retaining fluid, as well as metabolising sugar and fat abnormally. Our muscles might ache and often we literally feel dreadful (full of dread). These are the classic symptoms of “adrenal burnout”.

New research proposes a link between chronic stress and our cells becoming resistant to one of the key stress hormones released by the adrenal glands. Cortisol, a common glucocorticoid hormone, triggers a number of important reactions in the body. These include switching off the inflammation process, activating gluconeogenesis (when the liver makes energy from protein rather than sugar) and regulating fluid in the body.

Scientists have found that the part of the cell that cortisol connects with (like a key in a lock) to turn off inflammation, can become resistant to the hormone after repeated exposure. This means that cortisol can’t attach to the receptor (known as a glucocorticoid receptor) and therefore the cell can’t stop producing inflammatory molecules. The cell’s inability to use cortisol has been dubbed by the researchers “glucocorticoid receptor resistance” (GRR).

Why does inflammation cause problems?

While short-term inflammation is important in fighting infection or repairing wounds, it’s only a temporary part of the healing process. Long-term inflammation is an abnormal state. It’s a sign that something’s gone wrong – like when a controlled burn-off, to prevent a bush fire from spreading, sparks what it is trying to prevent. Chronic inflammation is associated with cancer, autoimmune conditions and pain.
Short doses of stress help us survive but prolonged stress overworks the adrenal glands, causing them to produce lots of adrenaline and cortisol which may eventually lead to hormones receptors in the cells shorting out. Ironically, when GRR occurs the cell can’t use the cortisol, so more inflammation is produced and even more cortisol is released.

These stress-related GRR problems aren’t just limited to the inflammation and the conditions it fuels. Cortisol’s role in energy production and fluid regulation means that GRR can alter our body shape, make us crave sugar and stop breaking down fat.

How do you beat adrenal burnout? (you don’t need to be a science nerd to understand this)

You know the phrase “slow and steady wins the race”? The same can be said about repairing the adrenal glands and glucocorticoid receptors. The number one lifestyle remedy to both help prevent or treat adrenal burnout is to stop and regroup. Your coping mechanisms aren’t working anymore. It’s time to move from surviving, to consciously living.

Something you can do immediately is to turn off the television, computers and other electronic devices in the evening. If the thought of that is too stressful, disconnect for screen-based entertainment off at least two hours before bed. If you use your phone as an alarm clock, always put it on “flight mode” unless someone’s life literally depends on being able to contact you.

Spend the ‘screen-free’ time doing something you find relaxing. Consider reading a novel, listening to music, crafting, practicing a guided meditation, journal writing or practicing gratitude. You could contemplate something completely “old school” like phoning a friend you’ve not talked to for a while or writing a letter.

When your evening gets swallowed up making school lunches, doing housework or getting ready for the next day, make a commitment to go to bed at least 30 minutes earlier than usual. The short-term sacrifice of time is worth it in the long run.

Don’t underestimate the recuperative powers of sleep. It is one of the greatest healers but often one the first things to fail us when suffering from adrenal burnout. Taking the time to switch off earlier is a useful first step in retraining sleep patterns. If you’re suffering from insomnia, you can read more ways to help you sleep well.

Here are ten more ways to help you learn to relax and three simple herbs you might have at home to help nourish your nervous system. 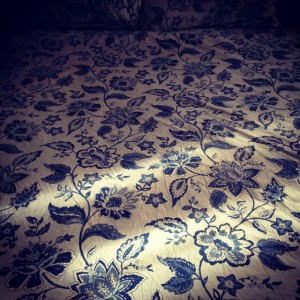 No single case of adrenal burnout is the same! For an individual health assessment and solution a wellbeing plan could change your life.

*Adrenal fatigue is a ‘diagnosis of exclusion’, pathological conditions such as cancer, cardiovascular and endocrine diseases should be ruled out by a medical practitioner.

I agree that testing cortisol is rarely warranted. It’s an added expense for clients and the first question I ask myself is a practitioner is “will the outcome change my treatment?” Whether adrenal fatigue is a recognisable syndrome or not, in the absence of obvious pathology – the symptoms are real, and my treatment remains the same.

Whatever you call it, cortisol-resistance triggering inflammation and associated fatigue – impacts too many people’s lives. The sooner you treat it by addressing the needs of the body/mind as a whole, the less damage it will do in the long term.