What I’ve learnt from 20 years as a naturopath

Hitting two decades in private practice as a naturoapth and herbalist, is cause for both reflection and celebration. Here’s what I learned over the past two decades.

Sometimes a small but fundamental alteration in the way we live is all it takes to achieve wellness. For example adding or subtracting even a single food from our diet, changing sleep routines, having a holiday or taking an appropriate supplement.

Wellness can be complex

Homeostasis, the body’s desire to be in balance, can be a tricky beast. A change in one area of our life can sometimes throw another aspect out of alignment. Otherwise once a physical problem is corrected, the mind or even ‘soul’ may demand attention.

Often physical wellbeing is influenced by our happiness. Fundamental stresses caused by how we live, relationships and work, take more than a dietary tweak or herbal remedy to shift.

The naturopathic landscape has changed dramatically

As a keen student in the late 1980’s, naturopathy was considered to be on the fringe. Most practitioners had come to the profession as a vocation – often after experiencing health problems of their own.

Back then natural medicine was presented as a combination of philosophy, tradition, empirical evidence and science. I still believe the former should carry as much weight as the latter. Without philosophy, which encompasses concepts such as homoeostasis and treating the individual rather than the disease, our treatments are superficial.

Our clientele has changed

A couple of decades ago it was a courageous act to seek the help of a naturopath, unless you followed an ‘alternative’ lifestyle. In my early years of practice I saw a few conventional clients who felt let down by the medical system and secretly consulted a naturopath in desperation.

At the time of my graduation there was only one integrative medicine clinic in Melbourne, where doctors worked side by side with naturopaths and other allied health professionals. Now natural medicines are ‘complementary’, no longer alternative, and a number of doctors refer clients to me.

Despite the paucity of funding, some great research is validating the efficacy of our treatments. There are even ‘new’ herbs in my dispensary (such as nigella and saffron) backed with a swathe of studies for applications that go beyond traditional use. Conversely some old practices are getting lost in the quest to modernise. For example, twenty years ago I prescribed more herbal teas, poultices and medicinal baths. It saddens me to think some people don’t have time to make and drink a pot of tea, apply a compress to an injury or even take a bath.

Time is one of our most precious “medicines”

Time to get a full night’s sleep, shop for fresh food, prepare a healthy meal from scratch, eat when we’re hungry, exercise, spend face-to-face time with a friend, grow vegetables, be patient with others, learn a new skill, be creative or even make that pot of herbal tea.

Good health is about so many things but finding balance is almost impossible without time for relaxation, contemplation and fun. 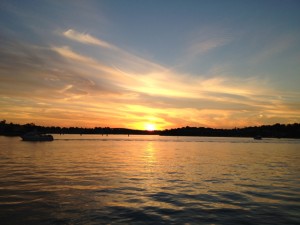 Update: In 2014 Gill closed City Natural Therapies and moved to Sydney. She now works with naturopathic and mentoring clients online, and in person in Camperdown.