Living with food allergies and intolerances

What is a food allergy?

An allergy is an exaggerated immune system response to something the body believes is foreign. This results in an overproduction of a particular type of immunoglobulin (such as IgE, IgG or IgA) when the person encounters the allergen.

With food allergies it may begin as soon as a person touches (hands, lips etc) the food, resulting in swelling. These types of extreme reactions may cause a shock reaction in the body known as anaphylaxis, where the blood vessels become leaky causing swelling that may block the airways, as well as cause a dangerous drop in blood pressure. This complex and extreme reaction can affect all the major organs in the body and can be fatal. In Australia, these types of allergies are on the increase. The incidence of peanut allergies alone have doubled in the past 9 years.

While anaphylaxis is dramatic and obvious, most reactions we see to the food occur once it has been eaten. These are usually classified as “food intolerance” and in some cases are caused by a lack of enzymes (enzymes are made in the liver and break down the food as part of digestion). Symptoms may include mouth ulcers, digestive pain, bloating, change in bowel habits, eczema, asthma, wheezing, migraines, hives, hayfever, recurrent ear, nose or throat infections or even behavioural changes. Intolerance symptoms may come on within minutes of eating the suspect food or be delayed and take up to 24 hours to become noticeable.

Coeliac “disease” is classified as an intolerance to gluten (the protein found in wheat and other members of the grass family). Contact with gluten causes the absorptive surfaces of the gut (villi) to deflate, causing malabsorption and ultimately nutrient deficiencies, immune problems and other chronic health problems.

While lactose (a reaction to milk sugar) intolerance has been considered to be common for a long time, the diagnosis of an intolerance to fructose (a natural sugar in some fruits and vegetables) is becoming more frequent.

Can you grow out of a food allergy?

In traditional naturopathy we tend to view this issue differently than in conventional medicine. If a child has an “atopic allergy” such as eczema or asthma what we tend to find it that they are allergic for life but the way that allergy is expressed by the body may change. For example, as a baby they may begin with purely digestive symptoms – when they have the food (even via breast milk) they may vomit, have colic, cry or have changes to their bowel. If they continue to be exposed to the allergen, this gut symptoms may be less prominent but the child develops eczema or frequent ear infections. As they get older asthma may develop or frequent colds and sore throats. The symptoms may shift but the body continues to react in some way.
While conventional medicine does not expect a person to “grown out of” coeliac/gluten intolerance or anaphylactic reactions to food, strangely many doctors still perpetuate the myth that children grow out of other food intolerances and allergies as they get older.

There has been some interesting new research desensitsing children with a peanut allergy using peanut flour. It would be helpful to follow the children over the next 5 years once they are “desensitised” to see any other allergic symptoms or chronic health problems emerge.

What are the most common allergenic foods?

This may vary from country to country depending on the diet. In the Western world, the “big eight” are allergies to dairy, wheat, eggs, shellfish/seafood, peanuts, tree nuts, soy and corn.

In Japan, buckwheat allergies are common, while corn is more common in North America.

How do you get a food allergy or intolerance?

In most cases of allergy you are born with it but specific allergic predispositions or a lack of specific enzymes to break down some components of food, but it may also be acquired from over use of a food or as a result of an infection in the digestive system, when the gut lining is weakened (sometimes referred to as “leaky gut” and larger molecules of food may cross into the blood stream and cause an antibody-antigen reaction.

How do you diagnose a food allergy or intolerance?

There is no irrefutable, reliable form of testing for all food allergies or intolerances. Because an allergic reaction causes an over production of IgE it should be easy to pinpoint but it is not as easy as it seems. There needs to be recent exposure to the allergen to get an accurate result. Further more our diets are more complex now and we can be exposed to hundreds of different types of foods and food additives, each one needs to individually tested. An intolerance is even more challenging to scientifically detect.

Skin prick/IgE/rast tests for foods are commonly used in conventional medicine. This is the done by pricking the skin with a needle or probe and dropping serum containing the allergen into the exposed skin. In naturopathy this form of testing is considered to be notoriously inaccurate for food allergies and intolerances, yielding both false positive and negative reactions.

Elisa/IgG blood tests for food sensitivities are carried out by some labs in Australia but are not covered by Medicare. Apart from this (and ALCAT below) type of testing being not accepted by conventional medicine the biggest potential issues are the lack of labs doing this test in Australia to compare results for accuracy and also the relatively small number of foods that are tested. Most use less than 100 common foods, which are Northern European in source. For example common Australian fish like flathead and flake are not tested.

The Antigen leukocyte cellular antibody test (ALCAT), measures platelet aggregation and changes in white blood cells after mixing whole blood with extracts of foods and chemicals. This is equally as controversial and more expensive than the IgG test but anecdotally the responses are promising and can test a wider range of foods and additives. However I have experienced some major issues with one Melbourne lab and at the current time am not referring clients for this test.

The above two tests can be useful when a person is reacting to a common food that most people tolerate (ie: not one of the “big eight”. For example I have had clients test positive to chicken, lemons and rice.

Traditional forms of diagnosis in naturopathy include an elimination diet, ie: removing suspect foods and reintroducing them one by one to see if a reaction is provoked (sometimes called “fast and challenge) or doing a pulse test. To do an elimination diet, you need to be totally in control of your food and usually cook everything from scratch. This is time consuming and inconvenient but a cheap way to build a list of food suspects. Remember it is not always a single allergen or intolerance that is the problem, often people have multiple food issues.

If your pulse is raised by 10-15 (or greater) more beats a minute at any of the three tests the food is considered to by suspect. Retest the next time you eat the food to see if you get the same results.

Living with a food allergy or intolerance

We don’t know why the incidence of childhood food allergies are increasing but we do know that it has doubled in the past nine years in Australia. Most worrying is the rise in serious allergic reactions.

On the last show I covered the five stages of grief and mentioned being challenged to take a suspect food out of your diet can often cause denial, bargaining, anger and even depression. If you are having trouble identifying the foods or implementing a diverse, low allergy diet see an experienced naturopath for help. 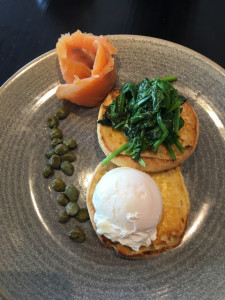 Three of the top eight food allergens on the same plate

The soy controversy: Q&A on soy vodcast (updated 2015) and are soy foods dangerous for boys?

Study comparing peanut allergies in Jewish children in the UK and Israel: children introduced to peanuts earlier in life had a lower rate of allergy.