What is iron and what does it do?

Iron is an essential mineral involved in the formation of haemoglobin, which transports oxygen via the blood to every cell in the body.

While haemoglobin levels are ultimately lowered by iron deficiency, it is not the only type of iron that can be measured. A “iron studies” blood test will also measure serum iron, transferrin (or iron binding capacity) or TIBC (the concentration of transferrin) and ferritin (the main protein that stores iron).

The first sign of iron deficiency is usually a drop in ferritin levels, followed by a fall in transferrin saturation and rise in transferrin.

We get two different types of iron from our diet haem/heme and non-haem/non-heme.

The haem form comes from animal sources and is the easiest for the body to absorb and use. Haem iron is usually found in meat, poultry and seafood.

Non-heam is found in plants (including vegetables, grains, legumes and nuts), eggs and dairy.

Although a healthy balanced diet often contains more non-heam iron often, it is less bio-available than the haem form. 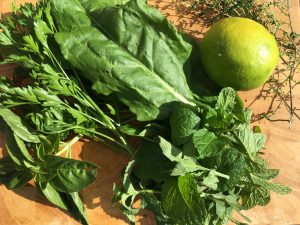 As iron is involved in transporting oxygen around the body, a deficiency can lead cause:

Being deficient in iron may also increase susceptibility to infections and cause a sore tongue, dizziness or even headaches. A bizarre, occasional symptom of iron deficiency is pica, which causes cravings to eat things not considered food such as soil or ice.

How do we become deficient in iron?

There are a number of reasons why iron is the most common nutritional deficiency.

The first part of the equation is the form and quantity of iron rich foods we eat. While this is a large part of the anaemia story, it tends to get the most attention by many sources only focusing on the amount of iron in different foods. While much is made of the apparent difficulty for vegans and vegetarians to get enough iron in their diet from non-haem sources alone, it doesn’t explain why iron deficiency anaemia is also common in meat eaters.

Even those who eat a lot of haem and non-haem containing foods can develop anaemia due to not absorbing or fully utilizing dietary iron.

Iron absorption requires co nutrients like vitamin C. With scurvy on the rise in Australia, anaemia too becomes an issue.

Other nutrients and substances can block proper uptake of iron including too much calcium and zinc, tannins (in tea and coffee), caffeine (tea, coffee, “energy drinks”), phytates (in many vegetable sources such as legumes and bran), oxalates (in spinach and rhubarb), phosvitin in egg yolk, polyphenols (in green tea, red grapes – their juice and wine) and some medicines (such as antacids and asprin).

When you look at this list of inhibitors it seems amazing we can absorb any iron at all! Zinc is abundant in some common iron rich foods such as red meat and oysters. While a vegetarian eating the cheese and spinach pie is hampered by oxalates and calcium.

Some digestive problems inhibit iron uptake. These can include parasites such as hookworms and well as chronic gastrointestional conditions including chronic diarrhoea, coeliac and Crohns disease.

The second part of the equation is how much iron our individual body needs, uses up or looses from other health issues. This is so often overlooked but is an important part of the picture in treating iron deficiency, after all why just pump more iron into the body if something is causing it to block the uptake or use up the iron too fast to replenish it?

Sometimes we just need a higher than usual amount of iron, compared to others. Endurance sports, increased physical work, growth spurts in children and teenagers, pregnancy and lactation all increase our demands on iron. I’ve worked with teen amateur athletes whose iron requirements outstrip even the healthiest diets.

A common cause of iron loss, resulting in anaemia, is menstruation related. Periods that are heavy, long or too frequent need to be treated rather than focus on iron replenishment alone. In naturopathy we may look at hormonal normalization, uterine astringing and other nutritional deficiencies to correct the underlying problem.

Other forms of blood loss can contribute to anaemia. An internal bleed, such as in the bowel or other organs is a potentially serious problem and needs to be investigated.

Once conditions like coeliacs have been ruled out, endocrine diseases such as an underactive thyroid are worth investigating.

However, anaemia in the middle aged to elderly population is often caused by commonly prescription drugs inhibiting the full uptake of iron from food. These drugs include H2 antagonists (such as Zantac) for reflux and gastric problems, as well as cholesterol lowering medication

How much iron do we need?

Most GP’s or dieticians in Australia tend to recommend two sources of iron – meat or a supplement of ferrous sulphate. It’s interesting to note that Meat and Livestock Australia are a sponsor of the Dieticians Association of Australia while that may not directly influence the Associations advice, it is a notable commercial partnership. The ferrous sulphate forms of iron supplement is generally produced by Big Pharma.

Note: Some antibiotics, like tetracycline should not be taken with an iron supplement or an iron rich meal as it may reduce the drug’s effectiveness.