Vitamin D deficiencies that have nothing to do with sunlight

How well do you absorb vitamin D?

As the days get shorter, many of us start taking Vitamin D. But some people’s levels remain low despite diligently taking supplements.

When tested, up to 58% of Australians are found to be deficient in vitamin D. This estimate doesn’t take into account the high proportion of people who’ve never had their vitamin D levels investigated. The study also uses the most conservative lower limit of normal (50 nmol/L rather than 75 nmol/L, which many experts believe is more accurate).

A change in Medicare pathology funding in recent years, limits bulk billing for vitamin D testing to once a year for the majority of adults. The rationale appears to be that as most Australians have low vitamin D, taking a supplement and getting more sun exposure is all you need to do. Wrong! Many people who try to increase their vitamin D levels struggle. Without a follow up blood test, it’s difficult to know how much is being absorbed or if you’re taking enough.

Not got the time to read this? The shorter version of this article gives you the information you need. 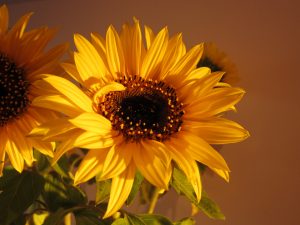 Why vitamin D so important?

Low vitamin D levels are associated with an ever-increasing range of conditions, from depression to cancer. Let alone the formation of strong bones, at a time when rickets, like scurvy, is on the rise in Australia.

Is low magnesium making you deficient in vitamin D?

Magnesium plays a major role in the both the transportation of vitamin D  in the body, and how it’s converted into a usable form by the liver and kidneys (hydroxylation). A large US study found a strong link between low dietary magnesium and vitamin D deficiency, and concluded that increasing magnesium alone can increase vitamin D levels.

Like vitamin D, magnesium deficiency is also on the rise. The Australian Bureau of Statistics estimates at least a third of Australians are lacking in this mineral. Considering most doctors don’t routinely test magnesium levels, along with many common factors interfering with magnesium absorption, this estimate is likely to be the tip of the deficiency iceberg.

The relationship between calcium, magnesium and phosphorous

While we tend to fixate on getting enough calcium, this is often at the expense of magnesium. There is a delicate relationship between calcium, magnesium and phosphorus levels in the body and they need to work in concert together for all three to be fully absorbed.

Most nutrition references state that to fully utilise calcium from diet or supplements, we need half as much magnesium. However, new evidence suggests we may need equal amounts (a ratio of 1:1) to fully metabolise both of these minerals.

The media, and even health professionals, often tell us to eat lots of dairy foods “for our bones”. However, one of the problems is that while dairy is high in calcium it falls way below the 2:1 magnesium ratio, let 1:1. When we have too much dietary (or supplementary) calcium, it can scavenge the available magnesium and when this runs out, the excess calcium can’t be absorbed. This can lead to calcification (hardened arteries etc) in various parts the body, as well as a chronic magnesium deficiency.

There’s just too much calcium, or too little magnesium, in dairy.  The ratio commonly quoted is 8:1 calcium to magnesium, though this varies with the type of dairy product. For example, cheddar cheese has a ratio greater than 25.1  Conversely, raw almonds have almost equal quantities of calcium and magnesium.

It’s not just excess calcium that affects magnesium, and ultimately vitamin D levels. The third nutrient in this absorption trilogy is phosphorous. While phosphorous has a role in the delicate nutrient balance of bone health, we only need a small amount. Too much, and calcium or magnesium can be leached out. Phosphorous and phosphate is high in meat, carbonated drinks such as coca cola and dairy products. That slice of cheddar previously mentioned has two thirds as much phosphorous to calcium, which further impacts our ability to absorb and use magnesium.

If you’re concerned about children growing strong bones, or maintaining bone density in adulthood, without dairy – read more about calcium, dairy and alternatives.

How do you know you’re getting enough magnesium in your diet?

Exacerbating the problem of getting enough magnesium in our diet, is the fact that the references we use to estimate nutrients in food often outdated.  Studies have demonstrated that nutrient levels in all conventionally farmed crops have dropped significantly since the 1950’s. This is attributed to the use of pesticides, fertilisers and other modern agricultural practices, and magnesium levels are one of the hardest hit.

Nutrition tables don’t always take into account the impact of soil quality on the actual quantities of vitamins and minerals in what we eat. Where the plants are grown, or the food animals are fed, can impact the nutritional analysis.

The official Australian nutrition tables are devised from a variety of sources including manufacturer’s analysis and overseas databases, which may not always be an accurate reflection of the nutrients in what we eat today.

While it can be problematic to get enough of the nutrients we need through diet, other issues may impair how we metabolise (turn into a form that the body can use) vitamin D from food or supplements.

Caffeine interferes with the absorption and use of both magnesium and vitamin D. This includes tea (including green tea), coffee, chocolate, cola and “energy” drinks. If you can’t cut all your caffeine, it’s best to have it at least two hours before or after any supplements or nutrient-rich meals.

Organically grown produce has higher amounts of almost all vitamins and minerals, than conventionally farmed counterparts. Where possible, eat organically grown foods, especially those naturally high in magnesium such as nuts, beans and leafy green vegetables.

Is your medication making you Vitamin D deficient?

A number of commonly prescribed prescription drugs can play a role in reducing magnesium levels, further lowering Vitamin D absorption. These include:

Read the full list of drugs that lower magnesium levels.

While not getting enough direct sun exposure and magnesium deficiencies are the most common factors causing low vitamin D, there are a number of other known causes:

How to increase your vitamin D levels

Most people respond well to taking vitamin D supplements, but if this alone isn’t working, consider the following suggestions. 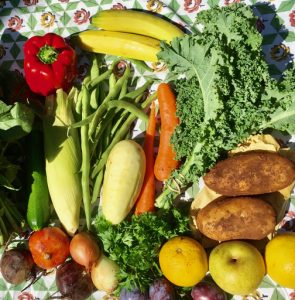 Maintaining a healthy level of nutrients in the body is complex. Taking single nutrients or complex supplements, without expert advice and regular review can cause unwanted deficiencies. For a review of your diet and supplements, choose Wellbeing plan with Gill.