How a bookshelf set my intention for 2015

Over the past few years savvy friends have ditched New Year resolutions and swapped the usual list of good intentions with just one word. It’s a simple concept that allows us to let go of longwinded aspirations and replace them with an intention embodied in a single word.

One word you can focus on every day, all year long… One word that sums up who you want to be or how you want to live.  Oneword 365

I’ve had a stab at finding my word but nothing has stuck. As much as I like the idea of a single intent to transform the next 365 days, it’s always fallen flat. This year, I decided to give up the search and let go of the word hunt altogether. And then something magical happened – it found me.

My word arrived in the first hour of the New Year. But I didn’t recognise it. I was too busy trying to navigate a way through a seemingly impassable crowd. I’d watched one of the best New Year’s fireworks displays in the world, from the comfort of a friend’s Circular Quay apartment. But an emergency public transport shut down thwarted our plans to get home.

The wide, carless streets were packed beyond capacity. I quelled my rising claustrophobia by breathing slowly and observing the good nature of the crowd. Groups of exuberant young Asian men drummed and danced at every street corner. The rhythm and happiness was infectious.

Once we adapted our plans and accepted walking home would be the only option, we could finally escape the stationary crowd. I was tired but the beat from the distant drums helped me keep pace.

Through the first week of January, a record number of plans went astray. My word kept calling me but I still couldn’t hear it.

Finally, my word appeared in the form of a bookshelf.

On a whim on the last day of my holidays, I decided to swap my home office rooms. A wave of lemon myrtle wafted through the open balcony doors of our guestroom, reminding me I’d burned the same essential oil in my Melbourne clinic. This room, and the large gum across the lane, was telling me in no uncertain terms that this was where I needed to base my health coaching business – and I had a spare day to make it happen.

The small blue room needed only a little creativity, a new desk and a floating bookshelf to make it happen. A small price to pay for the lemon scented gum and a tiny balcony with a view.

Then a comedy of errors ensued. The right desk took most of the day to find and the shelf would not float on plasterboard. There were multiple shopping excursions, the whir of power tools, brackets fixed and holes. Lots of holes! The next think I knew, my simple vision became a pockmarked, filler-flecked building site and far from ready for my first day back at work in the morning. 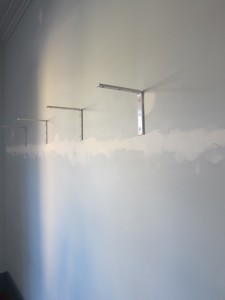 Then I rolled with it. A temporary workspace was hastily created. A feature wall was planned. And more visits to the hardware store were underway.

Finally the shelf was hung on a new blue wall, the desk assembled and a brand new healing space scented by a giant gum welcomed me.

My word, the one I wanted to ignore when my plans went awry repeatedly in the first week of the New Year, beckoned me to ADAPT. So adapt my plans and attitude, I did. In the process I found joy amidst the frustration of the festive crowds, turned tears over chipped plaster into a colourful new start and learned to go with the flow when the GPS took the car in unexpected directions.

Adapt: to change your behavior so that it is easier to live in a particular place or situation. Merriam-Webster Dictionary

While adaptation is vital for the survival of the species, it’s a skill that can go beyond merely teaching me to change plans and attitudes with grace. Research into neuroplasticity suggests that mental and emotional adaptability can actually change our brain.

What this year demands of me (just like the previous 14 months) is to adapt. To loosen my hold on plans, not fixate on a single outcome and become more flexible. Every day, even the most mundane circumstances offer a choice: to stay stuck when something doesn’t go as expected or adapt. 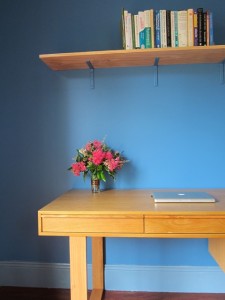 Do you have a word for the year? What is it? Did you find it, or has the world found you?