Is country living healthier than life in the city?

Hankering for a sea change? On a recent Health Trip I focused on making the best of your life, regardless of whether you live in the city or the country. Australian innate health inequities aside, for many urban dwellers the idea of country living appears to offer a happier and healthier existence. After investigating Australian research on the subject, I was surprised at how many of the sea change myths the studies challenged.

Myth 1: Life in the country is healthier than the city

Clean air and good old-fashioned country living are part of the lure for sea and tree changers. The idea being that away from the fast pace and pollution of the city, a simpler life on the coast or in a rural town is inherently a healthier and stress-free one.

For many people moving house demands a large amount of time and energy but a city to country shift may demand some extra resources. When a relocation is driven by the desire for a simpler lifestyle, research suggests it all comes down to careful planning and more importantly finding a community you can connect with.

But first some myth busting. Is life outside of a big city a healthier one? Contrary to the benefits of pollution-free air, those living in rural and regional Australia are bigger smokers than their city counterparts, more likely to be overweight and the men drink more alcohol than their urban cousins. (Source: Australian Institute of Health and Welfare)

Life expectancy outside of major cities is shorter, even in the non-indigenous population. Health issues are also skewed, with people residing outside a metropolis being more likely to report asthma, lung disease and arthritis. On the upside, there are less cases of osteoporosis diagnosed in the country (although this maybe due to limited access to bone scans).

Myth 2: Life outside the big cities is less stressful

A Charles Sturt University survey of Victorian and New South Wales sea and tree changers published just over a year ago reported “90 per cent of those surveyed say they are so disenchanted they plan to move on — to another town, the coast or back to the city — within five years”.

While a lack of amenities such as public transport, health services and supermarkets might be expected in rural areas, some tree changers were surprised to find their new home at times noisier than the city, with night cropping and other farming activities disturbing their peace.

According to the report, “Most say they are stressed by high living costs, poor work opportunities, a lack of services and the effects of drought. Many feel unwelcome and isolated.”

According to the author of the report Dr Angela Ragusa, “I have found people are leaving the cities because they perceive a country lifestyle will be less stressful; it will be slower placed; they won’t have to sit in traffic; there will be no pollution; they will have cleaner skies; privacy; there won’t be crowds and they will have some kind of work/family life balance.” She concluded that in effect a sea or tree changer swaps one set of stresses for another. “Although half the respondents found that life in the country was slower, the stresses of life still followed them; life was stressful, although the stresses were different,” Over all she found for those in her survey, the negatives had outweighed the positives in the end.

The good news: the benefits of sea and tree changing

On balance, Dr Ragusa found the following benefits from moving out of large cities.

• people having more time to talk with one another and seeing more ‘common’ faces
• flexibility between work and family
• safety in terms of crime statistics, although there were discrepancies between towns
• they could live more sustainably and make some contribution to the environment by making changes such as different types of housing and lifestyle

Reading between the lines of the report it makes good sense to research your new home thoroughly before choosing to move, in order to create a more positive life change. Half of those surveyed “jumped in” without fully investigating their new community or thinking through their lifestyle change.

It can help to be aware of what you would enjoy doing with your new found leisure time and finding out if these needs can be met in your chosen community. If you are looking for more time to garden, read, write or paint, country life is potentially a boon. But if your interests require a more urban infrastructure, such as yoga classes, a reliable high speed internet connection or café culture, prior research is most important as not all regional areas provide these.

In the past couple of years I have worked with a handful of sea changers, ranging their 30’s to their late 60’s, who left Melbourne to live over an hour out of the city. For some, continuing to commute to work has been a plus – as a way of staying connected with friends and family, maintaining their career and preserving a decent income. Others have quickly tired of the travel, finding winter most difficult; getting up in the cold weather before dawn and returning late at night. Some have relished cutting down their working life and having more time to pursue other interests. But some sea/tree changers have been disappointed to find the reduced employment prospects near their home, not being able to use their professional skills and often facing a greatly reduced earning capacity.

Those with younger children, or friends and family nearby, appear to have made an easier transition, especially if they are not commuting and working. Like the report mentioned, a sense of community is both the lure and at times the problem for those who turn their back on city life. Children can provide direct access to the heart of a new community – through playgroups and school activities. But overall, having existing friendships in the new locality offered the least stressful relocation experiences.

You don’t need to move to the country to gain some of the positives life experiences that the report identified. The three key benefits – community, flexibility of work/life and sustainability provide a handy reference for a life change while still living in the city.

Feeling part of your community can be as simple as making the effort to get to know your neighbours. Instead of ignoring familiar faces in your apartment block or street, make a habit of saying hello and initiating a conversation. Consider helping a neighbour struggling with their heavy shopping bags, share some vegetables from your garden if you have one and attend local meetings. Some neighbourhoods have an annual street party or a Christmas get together on the nature strip or local park. If they don’t, maybe it’s up to you to create a new tradition. These are a great way of forming new friendships and getting to know your neighbours.

Work flexibility may not require a change of postcode. Draw up your wish list for the perfect job, or at least a more enjoyable version of your current one. Research ways to work less but more efficiently.

Considering that the bulk of the population lives in cities, there is no hope for the health of the planet if sustainable living doesn’t begin in the urban environment. Local councils have guides to recycling and sustainable living practices. Do you actually know what plastics can be recycled (what the different numbers mean) and what you can and can’t put in your recycling bin? Reducing your carbon footprint in some ways is easier, living in smaller spaces or shared households. In reality, sustainability begins at home – regardless of where that home actually is. 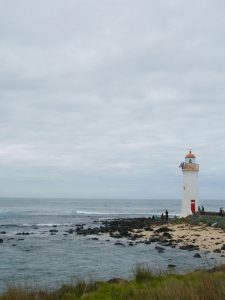