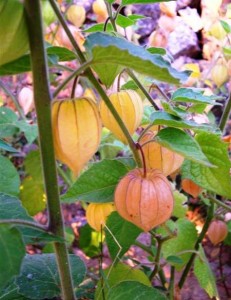 The evidence: Sketchy. Various websites repeat the claim of being a good source of B vitamins, including B12, without any evidence. Nutrtion Data has analysed fresh (raw) rather than dried berries. It states 100g of raw berries contains 2.8 mg of niacin (B3) but unsurprisingly no B12 and only trace amounts of thiamine (B1).

Value for money: Not cheap to buy dried berries but they’re easy to grow. Most gardeners would recognise Inca berries as Cape gooseberries. They’re related to tomatoes, so like similar growing conditions. They can even be grown in pots. If you like dried Inca berries, you’ll love the fresh ones.

Verdict: Inca berries are a great source of B3 but little or no other B vitamins. They are a technical fail, in terms of claiming to be high in “B vitamins” (plural) but still worth eating. If you can’t find an affordable source of the berries, grow your own.

Caveat: Be careful that there is no sulfur (preservatives 200, 220) preserving the dried fruit as it can interfere with the utilization of B1.