The inconvenient truth about MSG

Last week a staff writer for the Sydney Morning Herald proclaimed the “truth” about reactions to monosodium glutamate (MSG) to be a furphy. While it’s a fact that the World Health Organisation doesn’t consider the flavour enhancer a health hazard, many of the other conclusions the author drew told only one side of the story.

‘There is really no experimental evidence to substantiate Chinese Restaurant Syndrome or links with asthma but that doesn’t preclude that there is definitely a small percentage … who would be truly sensitive to MSG. But the majority of the bad press is unsubstantiated.”
Biomedical research scientist at the University of Adelaide, Natalie Luscombe-Marsh quoted in The Age

Despite repeated reports like this, people who are sensitive to MSG report a range of symptoms including respiratory distress, feeling short of breath or triggering pre-existing asthma. Some feel flushed, or experience palpitations or headaches. Others notice they’re more irritable and other mood changes.

Unlike many common foods allergies, there are no verified reports of  MSG causing an anaphylactic reaction or death. Conversely food sensitivities are more challenging to identify, as they do not create an antibody-antigen reaction.

MSG is used to “enhance flavour”. This means adding MSG to substandard produce can make it taste good. This is one of the main reasons why using MSG is so widely used in restaurant or pre-made food.

There are no conclusive studies proving that MSG causes harmful effects in humans, though early studies concluded “there was enough scientific evidence to suggest the existence of a subgroup of healthy individuals in the general population who may respond badly to large doses of MSG, usually within an hour of exposure.”

Animal studies have identified MSG as causing brain cells to swell. But when exposed to MSG from a young age, or even in utero, it decreases the negative reaction.

The study found previous exposure to “low dose of MSG reduces subsequent injury by a large dose of MSG.”

Why some people react to MSG

The potential impact of MSG on brain cells being mediated by early in life exposure may explain why some adults don’t react to MSG at all, while others feel awful. It’s all down to previous exposure at a young age and why those raised on an Asian diet with frequent exposure to the food additive deny the existence of genuine negative reactions to MSG. But for those bought up on a MSG-free diet, this otherwise “harmless” substance potentially causes neurons to swell.

It’s not just the brain that may react to MSG, further animal research has found some evidence of MSG damaging the liver and kidneys as well.

While there are limitations in animal studies, the early exposure model can certainly explain the controversy around this food additive.

If you are aware of mood changes or physical reactions to MSG, be aware of the following facts.

What is it about avoiding certain substances, that rile those who aren’t afflicted? Avoiding gluten, alcohol or MSG, are three common examples that polarise the lovers and abstainers. Just as some people have a low tolerance to alcohol, others are highly sensitive to some food additives. If you’re a non-drinker at the pub, the social pressure to conform at times can be monumental.

The MSG issue centres around banning it. If alcohol or bread were banned in Australia, there would surely be an outcry. As long as there is full disclosure around MSG, an individual can make an informed decision whether to eat it or not.

Every person has the right to pursue a diet that makes that makes them thrive. If a substance makes you feel  unwell avoid it. It’s that simple. If MSG effects you physically or emotionally, increase your awareness of foods it’s likely to be added to. 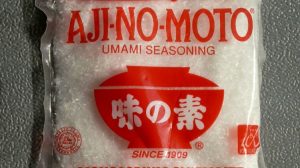 In late 2017 the Punjabi Food Authority, in India, banned the sale and use of MSG declaring the additive a health hazard.