Realm of the senses – aromatherapy 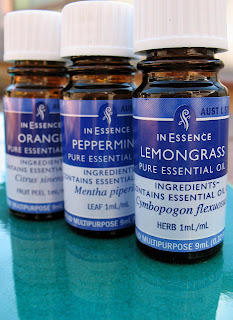 Aromatherapy has probably been around since the beginning of civilization. Most indigenous cultures have used herbs rich in volatile oils for ‘smoking’ and smudging for both medicinal and spiritual purposes. Hippocrates (460 – 370 BC) prescribed baths and massages with aromatic herbs for a variety of conditions. Yet, even centuries later Western Medicine is a little perplexed regarding the validity of using essential oils as a viable therapy.

Smell is one of our most primitive senses. We can react to aromas without thinking. It is presumed that essential oils work directly on the limbic system in the brain via the olfactory nerves. The limbic system has a lot to do with ‘the feel-good’ factor and our emotions generally.

The connection between our ability to detect odours and the health of the brain also has an interesting diagnostic application. While there are many benign reasons why our sense of smell can be affected (like temporarily loosing it during a cold) our ability to identify certain aromas, or not, is a part of a promising new way to pre-diagnose conditions such as Alzheimer’s, Huntington’s, Parkinson’s, schizophrenia, and obsessive-compulsive disorder.

One of the most unusual medical applications of using smell therapeutically includes an Eastern tradition of wafting an old shoe under the nose of an epileptic at the beginning of a seizure. This anecdotally was shown to reduce the length off an attack, so much so that Western Science has conducted experiments to try to identify the aroma of ‘shoe-smell’. As for how effective shoe therapy is the researchers concluded, “The neurophysiology of olfactory stimulation from “shoe-smell” reveals a sound and scientific reasoning for its remedial efficacy in epilepsy”.

The safest way to use aromatherapy is to firstly only buy pure essential oils (not fragrances or diluted in other substances). These can be expensive, as many kilograms of a plant are needed to extract small amounts of the volatile oils. Always use only a couple of drops (less is more) preferably in an electric essential oil burner (an astounding amount of house fires are caused by candles including those used in oil burners). While a drop or 2 of oil can be pleasant in a bath or in a carrier oil for massage, there is an increased chance of having a topical reaction, such as hives. Citrus oils and cinnamon are common oils to react to in this way. I remember a lecturer telling us 20 years ago, how he added too much peppermint oil to a bath once and how it chilled him to the bone. Always remember these substances are very potent.

Although there is a specialised branch of medicine using pure essential oils of various herbs through ingestion (taking internally), this will not be discussed here. Essential oils can are extremely potent and potentially toxic when used in this way. Aromatherapy looks at the use of these oils through inhalation (through a burner, bath or steamer) or via the skin in a diluted form through massage (as well as compresses and baths).

Which brings us to the use of aromatherapy in pregnancy. While much is repeatedly reported about the dangers of essential oil use in pregnancy little, if any, is derived from evidence based medicine. We’ve spent many years attempting to track back to where the common contra-indications have come from and the consensus (other than from the use of oils internally which should never be used in pregnancy) is an assumption that if it dangerous to ingest a medicinal herb while pregnant then it will be equally as toxic to even smell it. A common misconception surrounds chamomile. This relaxing, gentle digestive herb often appears on the list of herbs to avoid in any form once pregnant. In truth, this stems from an uncommon allergy that some people have to members of the daisy family. If you have had a cup of chamomile tea in the past and not reacted, then there is no demonstrable reason to be concerned about smelling the essential oil of the flower at any time. In fact, chamomile is one of the few essential oils that has been researched during labour and instead of being avoided there is evidence that it may reduce anxiety while giving birth.

While most popular oils are now considered safe to be exposed to in pregnancy at concentrations of 1% or less, it is best to avoid sage, rosemary and camphor.

That is not to say that all oils are safe to use by all people, all of the time. There are numerous contraindications for birch, thuja and wintergreen oils. Check the link below (under contraindications) for more information.

Therapeutic uses of essential oils include:

If you can afford just one oil to begin with, try lavender. Even the best quality lavender oil is relatively inexpensive. It is a great aroma to help calm us down and sleep. It is also an antiseptic and general skin healer. Lavender helps repel most insects but can ease the sting of a mosquito bite if you’ve forgotten to use it earlier. This makes lavender a versatile oil with a wide variety of uses. Have a little sniff of it first before buying or using. Does it smell right to you? If you don’t like it, don’t use it. After all, the nose knows best!

Some ways of using aromatherapy

Some smells can make us sick, such as volatile organic compounds (VOCs) – as in the aroma of a new car. Love it or hate is – it is best to try to avoid it.

Another look at essential oil contra-indications and dangers.

A guide to therapeutic uses of aromatherapy.