I recently admitted on twitter to feeling like a bit of a nerd, being so excited to get back on deck and see clients again.

While 2016 wasn’t my worst, I know it was a tough one for many. However I feel optimistic about this coming year and hope you do too.

I’m starting the year with a bang.

Over the coming month I’m switching my office for a home clinic. I live in a late 19th century house on the Newtown/Camperdown border, which was once the neighbourhood milk bar. The old shopfront has a separate entrance and enough space for a small dispensary. Conducting most of my work online, I’ve been making do with a little room at the top of a steep flight of stairs. But with increased requests for face-to-face consultations, space and accessibility has become more of an issue. We’ve spent the summer break planning some minor modifications and a Rubik’s Cube-like rearrangement of more than half the house. The renovations and reorganisation should take another few weeks to complete but now the decision has been made, I can’t wait to start formulating herbal prescriptions again.

Due to ongoing demand I’ve also increased my commitment to Melbourne sessions and plan to see new and existing clients every couple of months, in the CBD. The first session for the year is coming up soon. I have a couple of consultations left on Tuesday 14th February. As my Melbourne consultations book out quickly, please email me if you’re interested in claiming one of the naturopathic or mentoring sessions in February, or if you’d like to be on the early notification list for future sessions.

Applications are rolling in from clinicians wanting to take part in our upcoming practitioner retreat in Bali. If you’re a health practitioner in need of rejuvenation, you won’t want to miss out on our generous early bird rates.

Be assured that the bulk of my work will continue via Skype/FaceTime, as it’s proven to be an effective and convenient way of working with people around the country and the world. It certainly saves time and parking hassles.

I can’t think of a time, since my first year in practice, when I’ve felt more excited about commencing the new work year.

I hope you’re feeling equally as motivated about the coming year. If your health or business mojo is flagging, don’t forget I’m here to get you back on track. 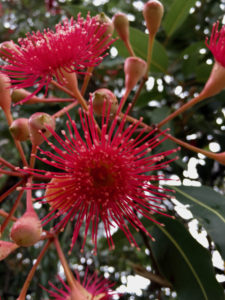